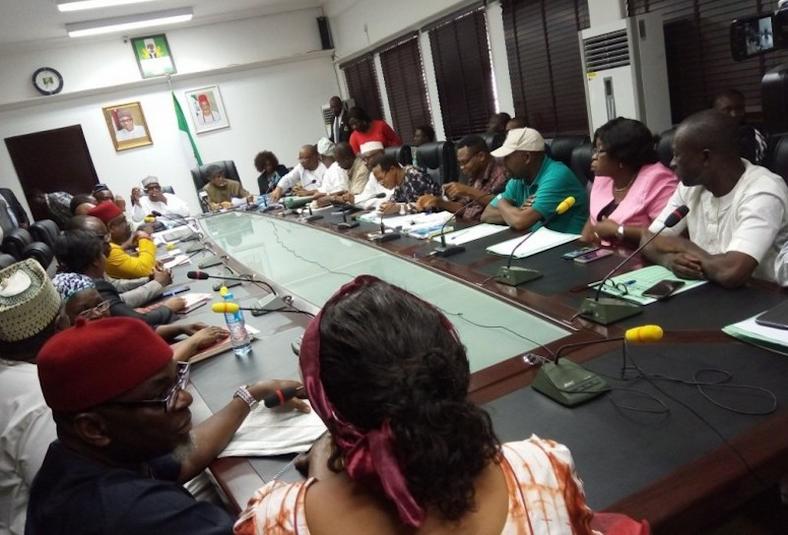 The Federal Government has signed a memorandum of Action with the Non-Academic Staff Union of Universities and the Senior Staff Association of Nigerian Universities towards ending the ongoing strike by both unions.

At a meeting with the government on Thursday, the two parties agreed on all the eight-point demand of the Joint Action Committee of the unions, leading to the signing of the MOA.

Following the agreement, the unions agreed to consult their members and report back to the government within 48 hours.

Addressing journalists after the meeting, the Minister of Labour and Employment, Senator Chris Ngige described the deliberations as smooth, saying that all the rough edges in the former negotiation were straightened out.

“If you remember, this is about the fourth negotiation we are having on the matters brought by the Joint Action Committee of both unions, and today’s deliberation has been very fruitful.

“We have issued a conciliation document, a Memorandum of Action, and the two unions will get back to their members with the MOA. They have in good faith promised to revert to the government in the next 48 hours.

“So, we keep our fingers crossed, believing that their communication with their union members will be as quick and swift as they have promised us, more so when the government is desirous of the return of normal activities to the university system so that we can take the actions, one after the other,” the minister said.

On the return of normalcy to the universities, Ngige said the government will follow up with the visitation panels which is one of the agreements reached with the unions.

He thanked the unions and the government team for responding to an emergency meeting convened within 24 hours which he said came out with very positive results.