Father Of The ‘World’s Largest Family’ Dies at 76 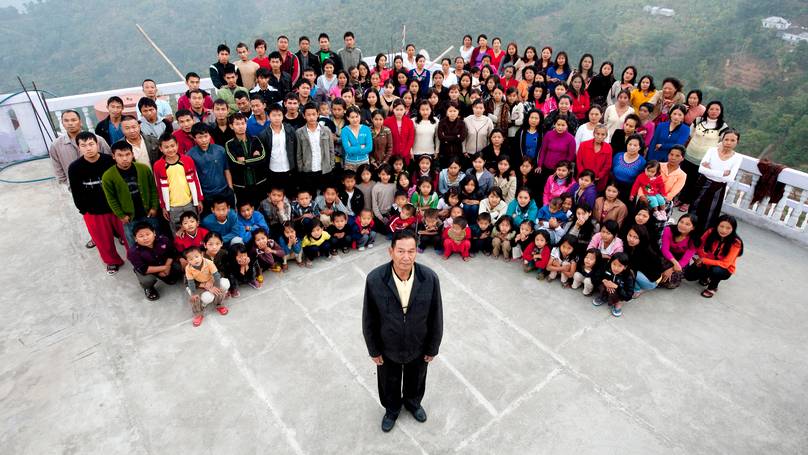 An Indian man from the northeastern state of Mizoram, who is believed to have headed the “world’s largest family”, has died.

Ziona Chana, 76, who headed a Christian sect that allowed polygamy for men, has left behind 38 wives and 89 children.

The sect, called Chana Pawl, was founded by his father in 1942. It has about 2,000 members, most of them living in Mizoram’s Baktawang village.