‘Fani-Kayode Beat Me Up During Pregnancy, Drugged & Left Me Hospitalized.’ – Ex-Wife Says 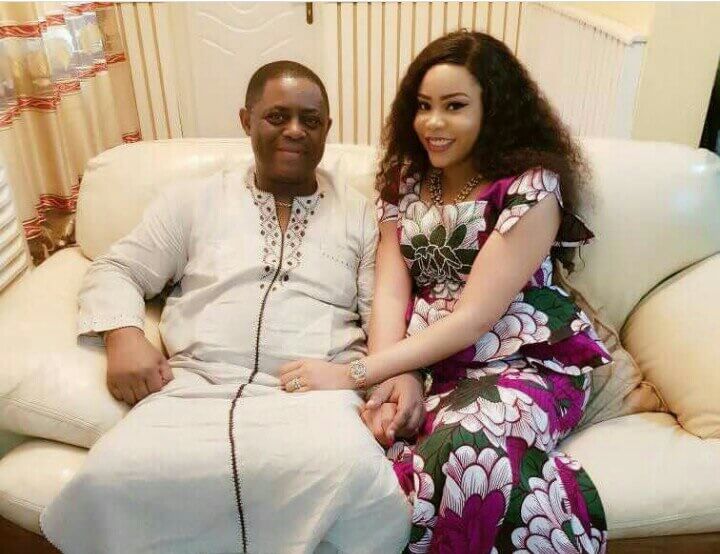 The ex-wife of the former Minister of Aviation, Femi Fani-Kayode, Precious Chikwendu has made a bold claim of how the former minister of state beat her up on several occasions including when she was pregnant.

She made this known in an affidavit she released in support of an originating motion brought pursuant to Section 69 of the Child’s Rights Act, 2003.

She said in the affidavit;

From the early days of our relationship, the respondent (Fani-Kayode), has always maintained a lifestyle of utter disregard to my feelings. This was evident in the way and manner the respondent assaulted me while pregnant with our first son.

The respondent (Fani-Kayode) kicked me severally on my stomach over a petty argument that ensued. It was my friend, Vanessa, who was around at the material time that intervened at the nick of time to save me.

I had to leave the respondent’s (Fani-Kayode’s) house a few days after this incident. The respondent (Fani-Kayode) repeated the same act when I was pregnant with triplets, this time it was my mother and sister, Faith, that intervened.

Sometime in 2018, in one of my attempts to leave the house with the children, the respondent in the company of the DPO of Asokoro Police Division, and her team of policemen handcuffed me and stripped me naked while someone from the crowd whom I initially mistook for a policeman forcefully injected me with sedation. I was then abducted and incarcerated at a hospital for a period of two weeks. I was separated from my six-month-old triplets and a-year-old son at the time.

She had initially made a bold claim that the former minister had denied her access to her children for several months as she asked the court to compel Fani-Kayode to give her a monthly payment of N3.5 million for the upkeep of the four sons.

Lagos State Leadership Was Headed In The ...