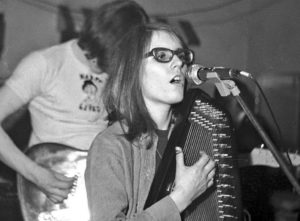 The legendary Fairport Convention Singer, Judy Dyble has died after battling a long-term illness. The news of her death was confirmed by her management in s statement which reads, “It is with great sadness that we announce that English singer-songwriter Judy Dyble passed away on 12 July following a long illness borne with great courage.

“Judy Dyble was one of the pioneers of the English folk rock scene in the 1960s, most notably as a founding member of Fairport Convention and vocalist with cult band Trader Horne. We wish to express our deepest sympathies to Judy’s family, friends and many associates from her musical career at this time.”

Judy Dyble was one of the founding members of the folk rock band, Fairport Convention and she has also worked with several artists to produce songs in the early 90s such as “The Morning Way” and “The Hangman’s Beautiful Daughter”.