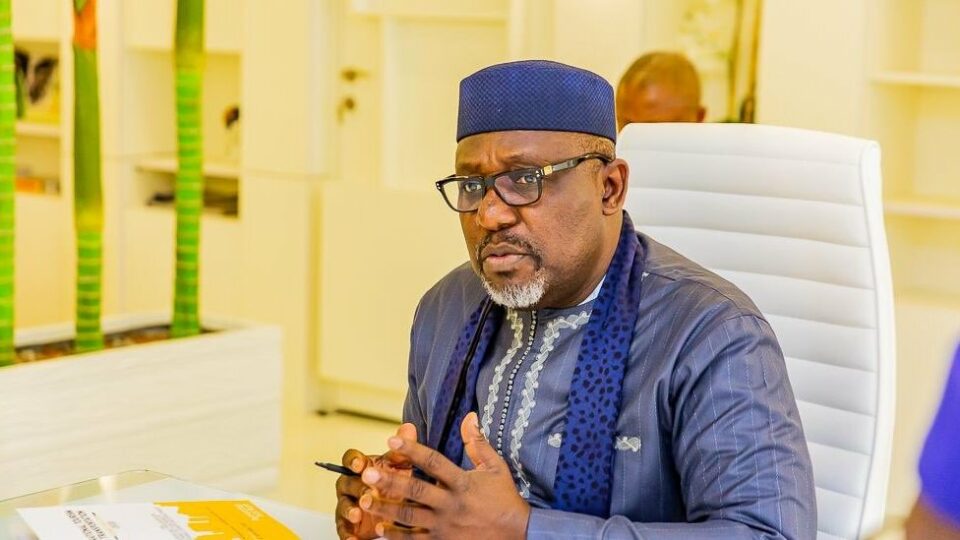 Former Imo State Governor, Rochas Okorocha has been arrested by the Imo State police and detained at the police headquarters in Owerri on Sunday, February 21, after a scuffle over the sealing of a hotel belonging to Mr Okorocha’s wife by the state government.

Mr Okorocha, a serving senator, is accused of forcefully unsealing his wife’s hotel, Royal Spring Palm Hotel, Owerri, which was sealed two days ago by the commissioner for lands and physical planning on behalf of the Imo State Government.

The commissioner said the hotel was built, without permission, on government land.

But Mr Okorocha’s aide, Mr Nzewuji, denied that the senator tried to unseal the property.

“When he arrived at the premises, they were confronted with thugs who had guns and machetes, and they were attacking him and his entourage.

“He (Okorocha) can’t go there to make trouble, he went to ask questions. A staff member was beaten up, even the hotel’s guests still had their property inside the hotel.

“He wasn’t going to unseal the property,” the aide said.

Those arrested alongside Okorocha, included some of his former political appointees, Steve Asunobi, lasbery Anyanwu and Ijeoma Igboanusi.