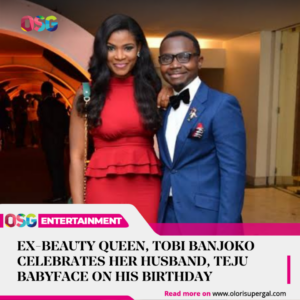 T?ju who is a stand up comedian, producer and writer clocks 43 today and fans can’t help but gush over the fact that he is not aging.

“pls say a word of prayer for him. T for thanks yes I said it.