As EURO 2016 starts today, French authorities appear to be leaving little to chance as the country is set to remain in a state of emergency until July 26, after the tournament is over.

The French government expects 2.5 million spectators – many from abroad – will attend Euro 2016 games across France this summer. 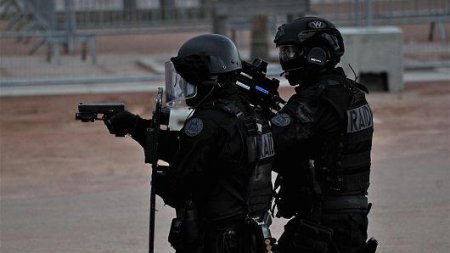 These fans should expect queues at stadiums and other venues, Malcolm Tarbitt, executive director of safety and security at the International Centre for Sport Security, told CNBC.

“With French authorities extending the state of emergency to cover Euro 2016, fans will obviously have to expect a higher level of security than they’re used to at stadiums and other venues,” Tarbitt said.

“As a result, a bit of patience, good humor and common sense will be required.”

Around 90,000 people are set to provide security during the tournament, including 42,000 police officers and 10,000 soldiers. Each competing soccer team will be assigned at least two of France’s elite RAID officers.

France will deploy police and gendarmerie around the perimeters of stadiums, in advance, while local authorities will be responsible for security in and around fan zones.