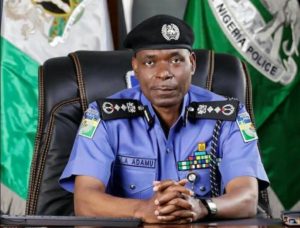 The Nigerian Inspector-General of Police, Mohammed Adamu has revealed the nationwide death toll from the violence of the #EndSARS protests is now 73 with 22 of them being policemen and 205 police stations burnt down.

The IGP revealed this statistics during a virtual meeting with commissioners of police in the 36 states also disclosed that, 71 public warehouses and 248 privately owned stores were also attacked and looted in the course of the protests in the 13 states.

He also stated 1,596 suspects were arrested in connection with the violence and widespread looting by hoodlums, who hijacked the protests across the country.

This statistics were collated between October 11, 2020 when the #EndSARS protest assumed a national dimension and October, 27, 2020.