Following the sack of three top producers in the Ellen DeGeneres Show who were accused of sexual misconduct, Ellen DeGeneres has promised her staff new incentives which include five paid days off to use at their discretion, birthdays off, and paid time for doctors appointments and family matters. 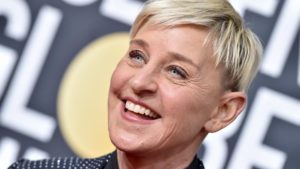 According to Variety, this was said by Ellen DeGeneres who was highly emotional during a Zoom call with the employees. Ellen was said to be sorry for months of on-set toxicity and abuse on her show which happened under her watch.

According to insiders who spoke with Variety, the new incentives have improved the morale of staff, as rehearsals for DeGeneres’ spinoff show “Ellens’ Game of Games” has resumed, and the talk show team will soon start production.

Taylor Swift Makes A Donation of Over ...

Federal Government To Utilize The Principle of ...