El-Zakzaky And Wife Released By Court, After 6 Years In Detention 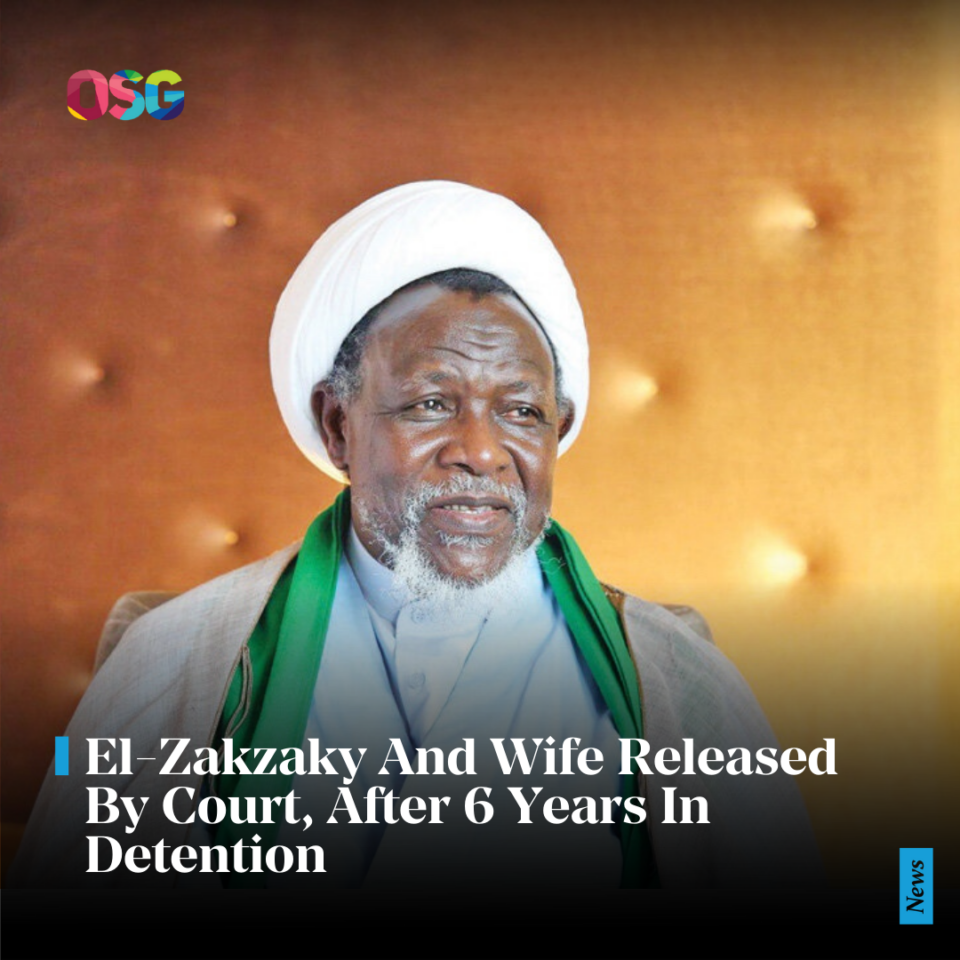 The Kaduna State High Court, has freed Ibrahim El-Zakzaky and his wife, Zeenat from Kaduna Correctional Centre after they were cleared off all charges.

In his decision, Justice Gabriel Kolawole, rejected the State Security Service’s attorney, Tijjani Gazali’s, claim, that Mr El-Zakzaky was held in safe custody by the SSS.

He claimed that the decision to detain the Islamic cleric and his wife for their own safety was not made in accordance with the law.

The judge said, “I have not been shown any incident report or any complaint lodged by residents around the neighbourhood that the applicant has become a nuisance to his neighbourhood”.

He then released him and his wife and acquitted them. In addition, Justice Kolawole requests that the Federal Government construct a new house in any location of his choosing to replace his demolished home in Gyellesu, Zaria.

However, the Kaduna State administration filed new charges against El-Zakzaky, and he was returned to the Correctional Centre to stand trial.

The Presiding Judge, Justice Gideon Kurada, upheld the statement of the counsel representing El-Zakzaky that the matter lacks merit in his 8-hour judgement on the no-case motion. As a result, he discharged and acquitted the defendants.