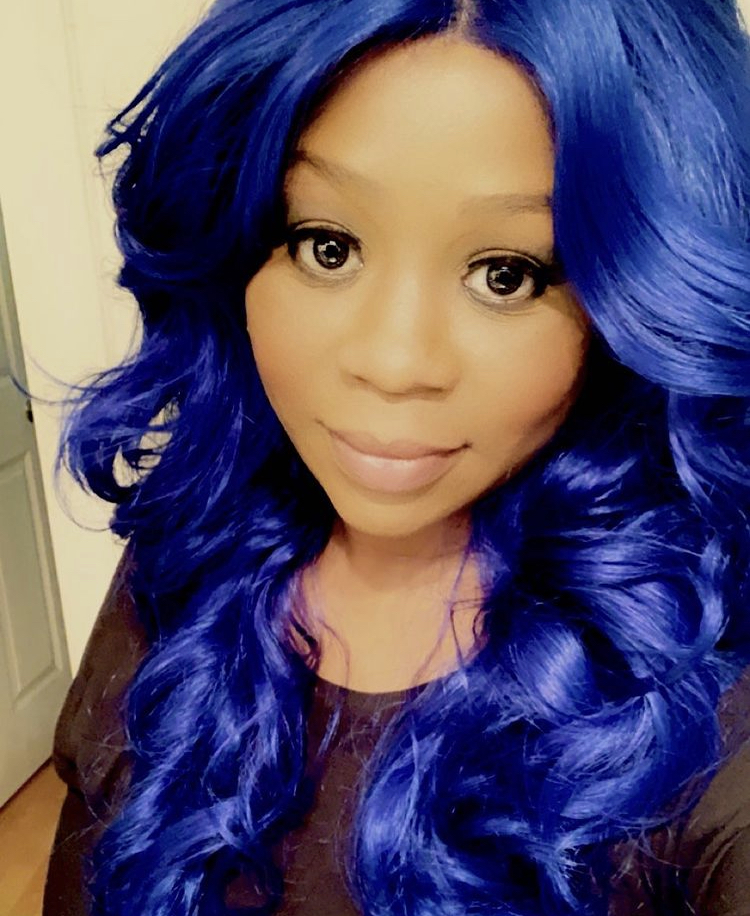 The ex-wife of 9ice Toni Payne has slammed Olakunle Churchill for naming his son with Rosy Meurer King just as his son with Tonto Dikeh saying he’s obsessed with her.

Toni Payne agreeing with those saying it was wrong for Churchill to have named his son with Rosy Meurer King said he’s creating problems for the two boys in the future.

According to her, for Olakunle Churchill to do that with the aim of spiting Tonto Dikeh shows he’s so obsessed with her and that is so so disgusting and for Rosy Meurer to agree to that is very bad.

She, therefore, defended Tonto Dikeh for changing her son’s name saying for a woman to change her son’s name means there is more to it and Churchill has just made it clear by naming his two sons King. 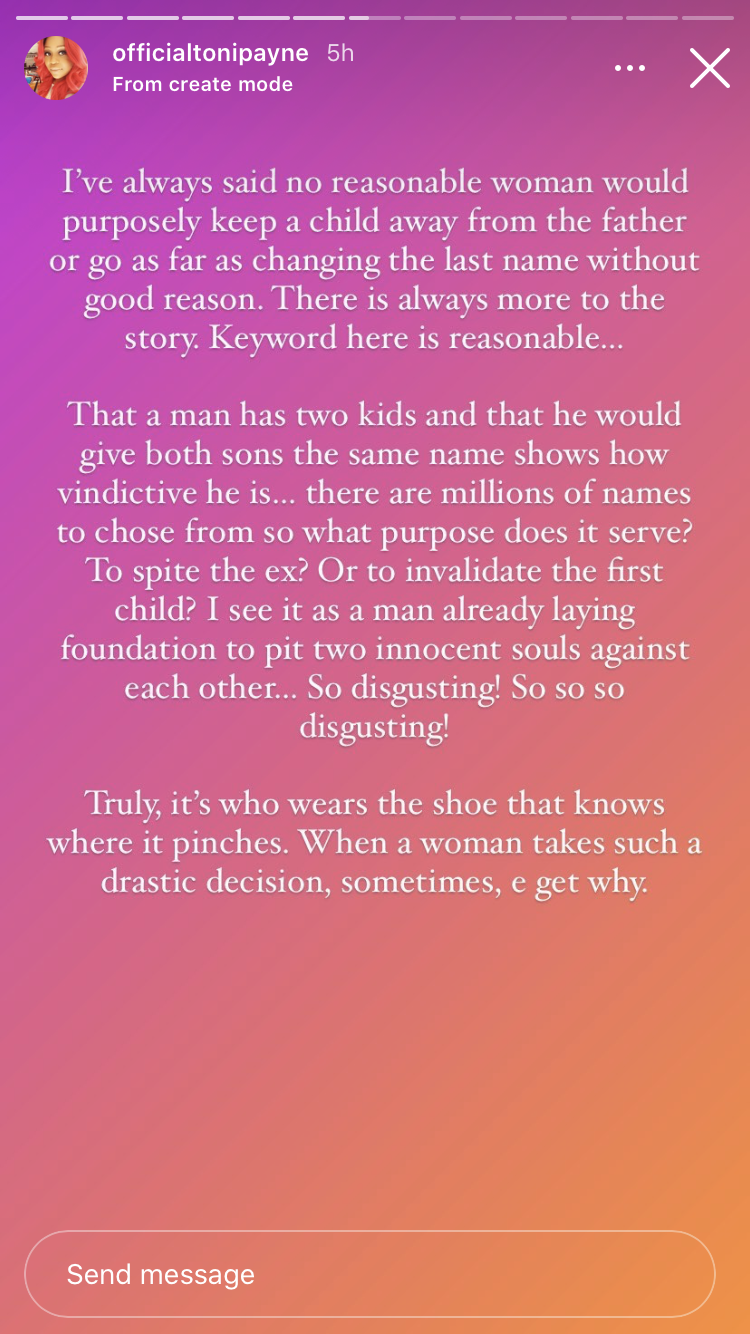 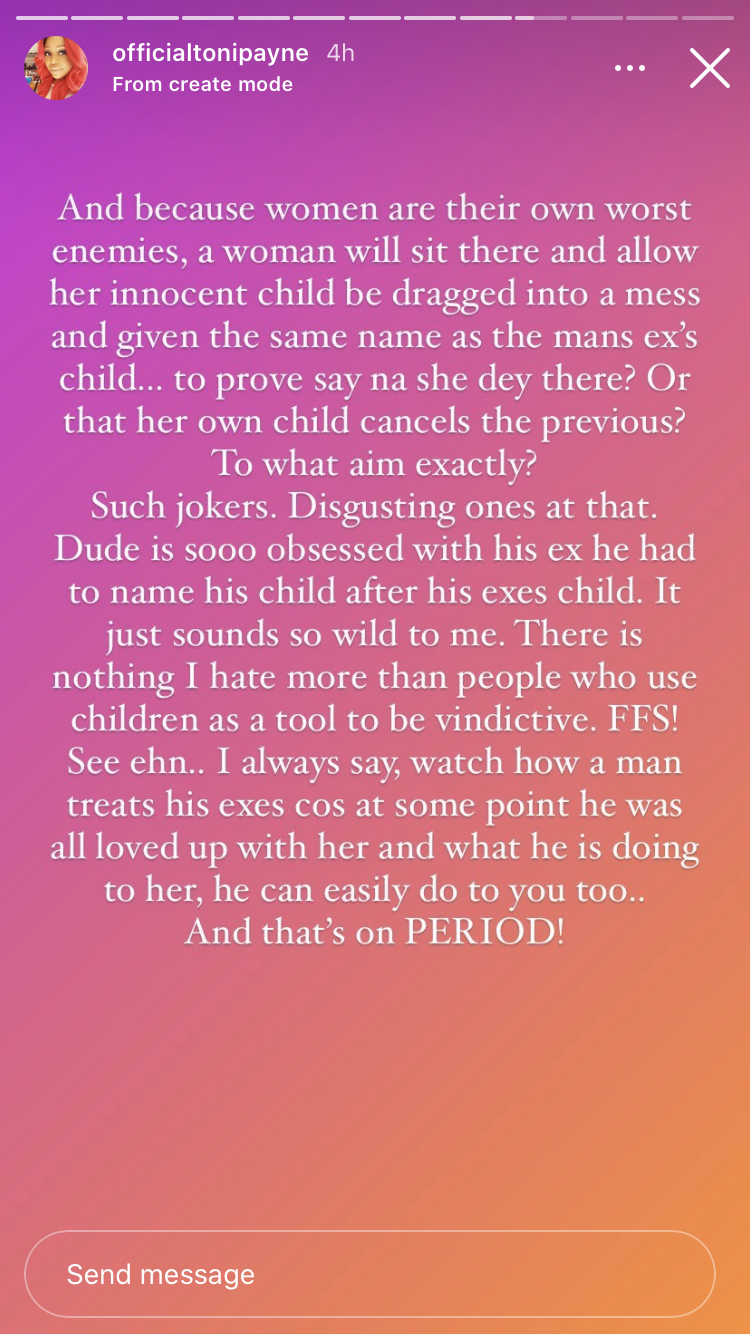