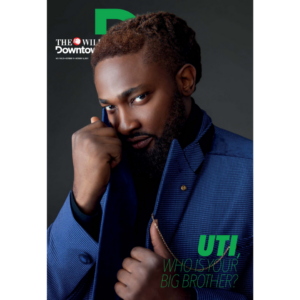 It’s interesting how two incidents this week “opened the eyes” of the world in every sense of the phrase. First, WhatsApp, Instagram, and Facebook all went offline for four hours! They were the longest four hours, leaving everyone feeling like a tech pandemic had just struck. If you had any doubt as to how much of a hold Mark Zukerberg has over the world, I guess, as we would say in Nigeria, “he cleared your doubts.” 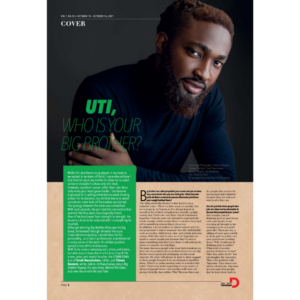 Suddenly we all realised just how much we rely on these platforms, whether it’s for news, connecting with family and friends, business (whatever kind), or just pure entertainment.

The second global revelation was the extraordinary collaboration between 600 investigative journalists working on about 11.9million leaked documents exposing secret offshore interests of several billionaires around the world, including Nigerians. We couldn’t help but notice that one person, who purportedly had a “squeaky-clean” reputation, was on that list. As the Panama Papers of 2016, they expose the lengths that politicians and public office holders, including a pastor, would go to hide their often ill-gained wealth in shell corporations and concealed assets. 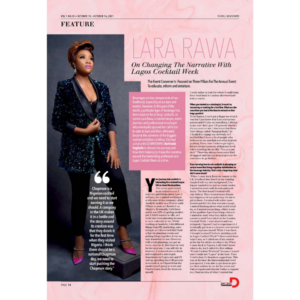 This lends some credence to a saying I have heard over and over again, ‘there are two groups of Nigerians, those already stealing and those waiting their turn.” And while I wouldn’t subscribe to Naira Marley’s statement, “Ole ni everybody,” it may end up being the assumption until proven otherwise. Leaving me to ponder on the question: how far would I go for money?

Speaking of money, in this week’s issue of Downtown Magazine @thewilldowntown, we interview winner of Big Brother Africa 5: All-Star, Uti Nwachukwu @situti. In the interview, he speaks candidly to the editor,@onahluciaa, and @tilyofourtime about the Big Brother franchise and whether Big Brother Nigeria has done justice to Big Brother Africa. He also shares his thoughts on Whitemoney’s win, his new show, Behind The Glam, a new movie with Aki, and PawPaw, and on getting married. You don’t want to miss this one. 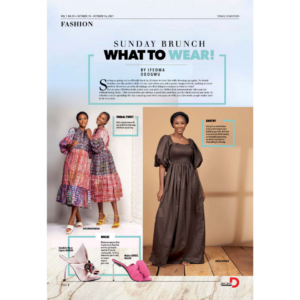 Also in this issue, we feature Lara Rawa, CEO of Eventi Cocktails and Convener of Lagos Cocktail Week. Here, she talks about the cocktail culture in Nigeria and so much more.

As usual, we have an issue packed with exciting content including our fashion pages which suggest what to wear to a Sunday brunch, beauty, sex, and we review the new James Bond movie, No Time to Die which I had the pleasure of watching! (I wonder why no one is talking about it – it touched me in ways I can’t even explain). So tell a friend to tell a friend.

Until next week, enjoy your read.