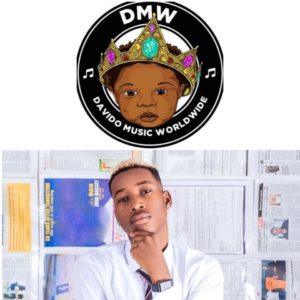 The artiste was reported to have physically assaulted his girlfriend who was left with a bruised face and swollen eye.

Well, in a press statement from the record label of Nigerian singer, Davido, indicates that they don’t condone domestic violence and do not support such behavior.

The statement which was released on 6th October 2020, it reveals that they have conducted internal investigations and have no choice than to terminate the contract.

DMW however added that they immediately terminate and serve all affiliation with the artiste. 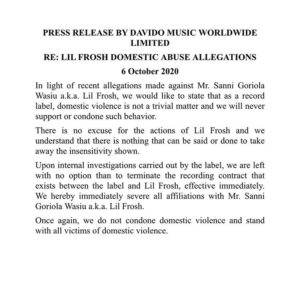