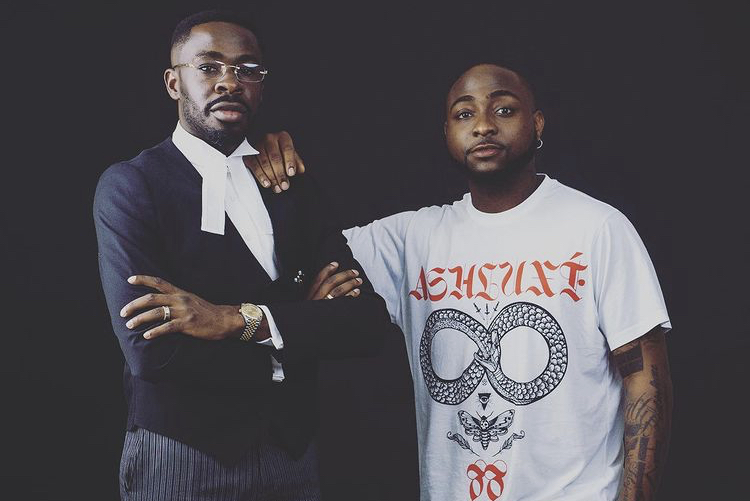 There have been several reactions from social media after superstar Davido was wrongfully accused of stealing a song from artist Victor AD.

Some group of Wizkid Fans took to Twitter yesterday and broadcasted that artist Victor AD has alleged that Davido’s popular song Jowo was written by Victor AD. But Davido stole the song and also threatened the life of Victor AD after he confronted him over the song theft.

The lawyer of Davido known as Bobo F Ajudua has come out to clear the air about the ongoing brouhaha about the alleged song theft. Bobo has disclosed who owns the songs Jowo and the music video. This disclosure and reaction come after Davido was accused by Wizkid fans that he stole the song of Victor AD.

According to Davido’s lawyer, the paperwork of popular song Jowo was done by him. He further revealed that the song was written by David Adeleke and Oladeinde Okubajo. Bobo also disclosed that the song was produced by Jerry Jethro and Peter A. Kehinde Emmanuel.

As far as I know, Jowo was performed by Davido, written by David Adeleke & Oladeinde Okubajo aka @Davido & @Deindeofficial and prod by Jerry Jethro & Peter A. Kehinde Emmanuel aka Napji & Majicboi. That’s as far as I know. Don’t shoot me I’m just the guy that did the paperwork 🙂