Davido brings Chioma on stage during his performance in Cotonou

Popular Nigerian singer and superstar. Davido who headlined an event in Cotonou recently,surprised fans as he brought his girlfriend Chioma on stage. As he sang the ‘Assurance’ song he dedicated to her on her birthday, he brought up stage to perform with him.
The love act came shortly after the singer showed off his private jet in a loved up photo with Chioma. 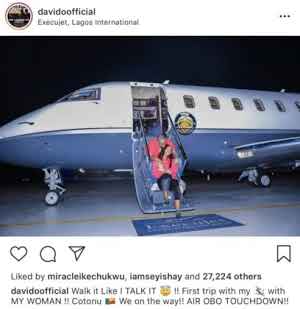 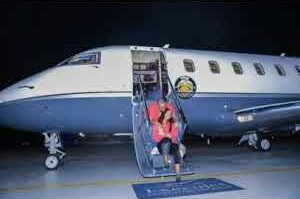 The photo came with the caption;
“Walk it Like I TALK IT !! First trip with MY WOMAN !! Cotonu We on the way!! AIR OBO TOUCHDOWN!”