Solomon Nwosu aka D LARGE was born in Port Harcourt but hails from Imo state in Nigeria. A star who never knew the privilege of been a star is the fourth from a family of five. At age 10, he was always dancing and playing soccer. 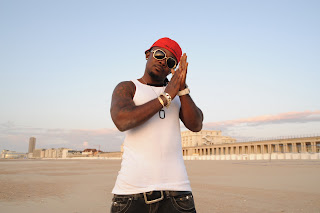 D Large at that age never had the chance to record. In 2003 he moved to Europe after his study in Rivers State Polytechnic, Bori to further his education. When he got the chance to sing in church which he was the leader of the choir he started to realize he can make his way musically.

Expression unification unity D LARGE was talking about himself and everyone else that love is a start he called it in his introduction, D LARGE says that what brought him fully in the music industry is a song LOVE.  D LARGE shoot his first video clip in 2008 which was promoted all over Africa and Europe  and he shot the second video MARRY DEM featuring SANDAZ BLACK. Right now MARRY DEM video is making wave on both local and international television stations.

D LARGE has performed in many shows and concerts like the Global excellence Shetade artiste of the month at La Cachette, Nigezie Valentine Show 2009, City People Magazine show at Planet One, Monster Music independence show at Oniru Beach 2009, European Festival in 2009, Gent Feasting in Belgium 2009, Kwaco festival in Holland 2009, Carre Beach in Oostende 2008 and so many more.