CNN Journalist, Aisha Salaudeen, took to social media to call out a popular restaurant, Harzoyka for refusing her entry. 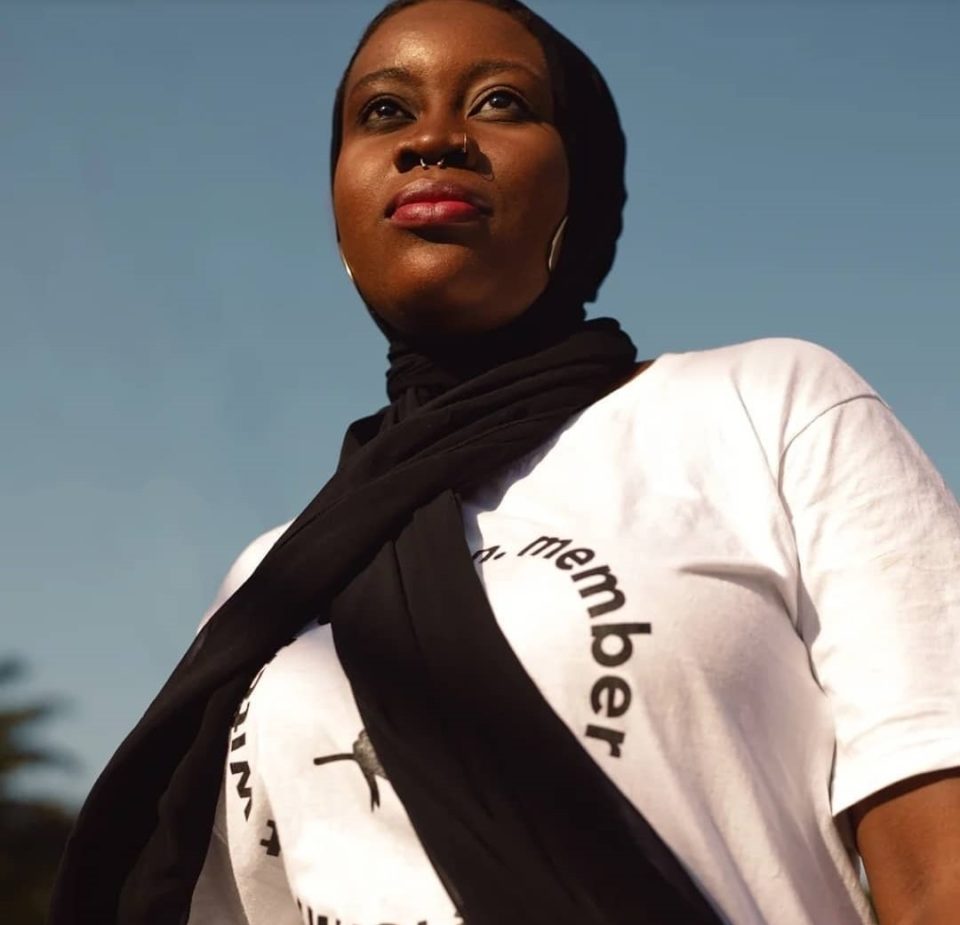 “I got kicked out of Harzoyka restaurant in GRA Ikeja today because according to them, they have a new policy – no women allowed. This is a restaurant I’ve visited multiple times in the past few years,” Salaudeen posted on Twitter Monday, November 9, 2020.

“It’s bad enough that my existence as a woman in the world is threatened everyday. Now I have to add eating a meal at a restaurant with a friend to the list. Insane,” the aggrieved Aisha added.

Meanwhile, the restaurant manager, Dipah, told AllNews that the decision was made because female customers occupy spaces for two to three hours.  As a result, high-profile customers don’t get seats when they arrive. 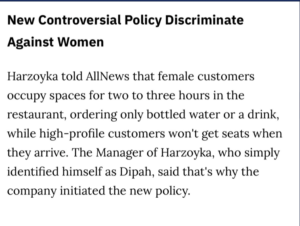 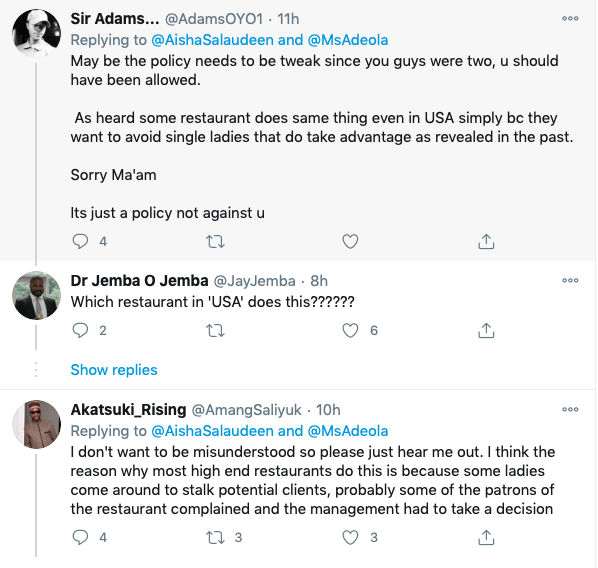 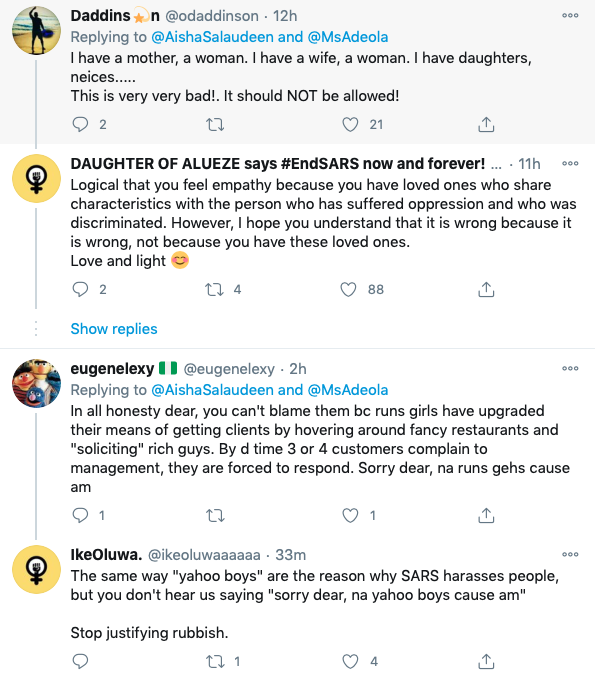