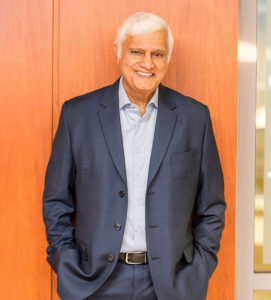 Ravi Zacharias, who spent his life defending Christianity through books and lectures, has died, two months after he announce he had been diagnosed with cancer. He was 74.

Zacharias had been battling sarcoma and died at his home in Atlanta on Tuesday, Zacharias International Ministries said.

He was a leading figure among Christian Apologists — a branch of Christian theology that defends Christian doctrines against objections.

Zacharias is survived by his wife, Margie, daughters Sarah and Naomi, son, Nathan, and five grandchildren.