Award- winning author Chimamanda Ngozi Adichie has debunked claims that she said she is “Biafran and nothing else.”

The writer shared a post on Facebook, with a photo of the headline apparently ascribed to her, with the caption:

This headline below, and other similar headlines, which appeared on some websites: are false. They are completely invented; along with some accompanying quotes which have been attributed to me. I did not say or write those words.
-CNA 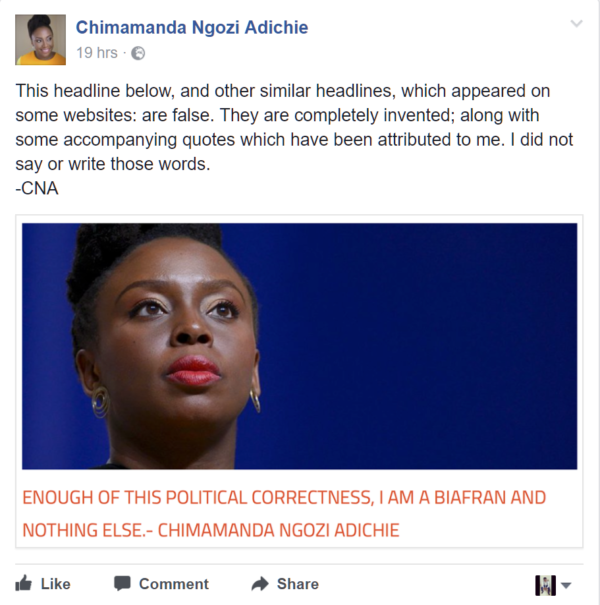 Nnamdi Kanu Claims Buhari is not in ...