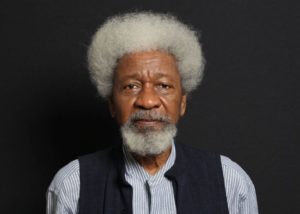 Africa’s legendary literary figure and first Nigerian Nobel Prize Winner, Professor Wole Soyinka is 86 today. Wole Soyinka will always be known for moulding the worldview of as many that read his works.

Many of his plays have been produced in theatres, such as ‘The Swamp Dwellers’, ‘The Lion and the Jewel’, ‘The Trial of Brother Jero’, ‘Jero’s Metamorphosis’, ‘A Dance of the Forests’, and many others. Apart from the Nobel Prize for Literature he won in 1986, Wole Soyinka has received several awards and recognition for his literary works in Africa and beyond, including an Honorary Doctorate Degree from Harvard University.

We wish the African icon a happy birthday and many more wins in good health.