Celebrating RMD As He Clocks 59 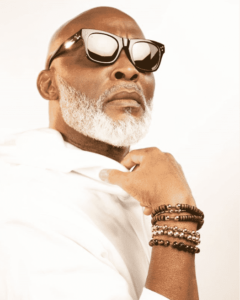 Today is the celebrated Nollywood actor’s, Richard Mofe-Damijo, birthday as he clocks 59 today. Apart from being an actor, RMD has also served Delta State in the capacity of Commissioner for Culture and Tourism in 2009.

RMD won the African Movie Academy Award for Best Actor in a Leading Role in 2005. He played a major role in Kemi Adetiba’s ‘The Wedding Party’ and also in several movies such as ‘Love is War’, ‘Blood & Oil’, ‘Chief Daddy’, ‘Hush’, ’10 Days in Suncity’ and many others. He also received a Lifetime Achievement Award at the 12th Africa Movie Academy Awards in 2016.

Happy birthday to a legendary Nollywood actor, Richard Mofe-Damijo. We wish him many more wins.

Celebrating Toolz As She Celebrates Another Year