Belcalis Almanzar, popularly known as Cardi B has appeared in court over the August 29 fight at a strip club in New York involving her and 3 others at the club. Appearing at the court on Tuesday, Cardi B has pleaded not guilty to the charges levelled against her which include a 12 count as well as two felonies, as recent investigations revealed.

The arraignment is coming just days after the rapper won Album of the Year and Best Female Hip Hop Artist of the Year at the BET Awards held on Sunday. A statement by a policeman; Ryan, read; 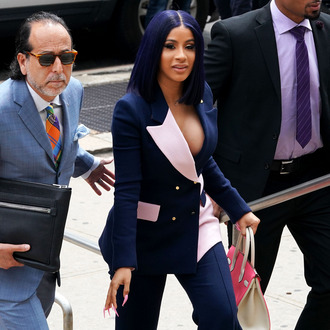 “The victims allegedly had glass bottles hurled at them, alcoholic drinks thrown in their faces and one woman’s head was slammed into the bar, This kind of violence won’t be tolerated in our community. The defendants will be held accountable for their alleged actions.”

They were all released on Tuesday. Cardi’s next court appearance will be scheduled after Jackson-Morel and Bush return to court Sept. 9, according to Ryan. If found guilty they could face up to four years in prison.