Burna Boy says he is worth more than N1.3B 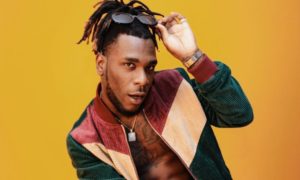 According to Forbes, the Afrobeats singer is worth $3.5 million. He has now taken to Snapchat to react saying that $3.5 million won’t even buy his cars.

Reacting to the report, he revealed that his cars alone, were worth more than that. The singer who contemplated showing off his possessions, stated that it wasn’t in his nature to do so.

“They said I’m worth $3.5Million, that won’t even buy my cars. I might have to start doing some showing off. Nah, That’s not me. Imma just let u run with whatever ur blog tells u. $3.5 tho. I’m dead. Fun fact; By the time I recorded “All eyes on me” I was dancing around that 3.5 level,” he wrote on a series of Snapchat stories