President Muhammadu Buhari has expressed his grief over the death of his family doctor, Marliya Zayyana who was also the former Chairperson of the Governing Council, Federal University Dutsinma, Katsina State. 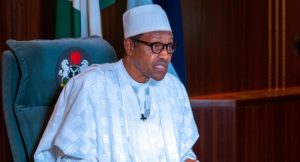 This was stated in a statement signed by Garba Shehu, the President’s Senior Special Assistant on Media and Publicity. The statement reads as follows, “Marliya was not only a distinguished medical doctor, but she was also a woman of integrity as her tenure the Federal University Dutsinma had testified. Her demise is particularly touching because she was my family doctor in addition to the fact that her brother, Dr Suhayb Rafindadi, is also my personal physician.”

President Buhari also extended his condolences to the family of the deceased as well as the Katsina State Government. May her soul rest in peace

NCAA Approves Only 200 Passengers On Incoming ...