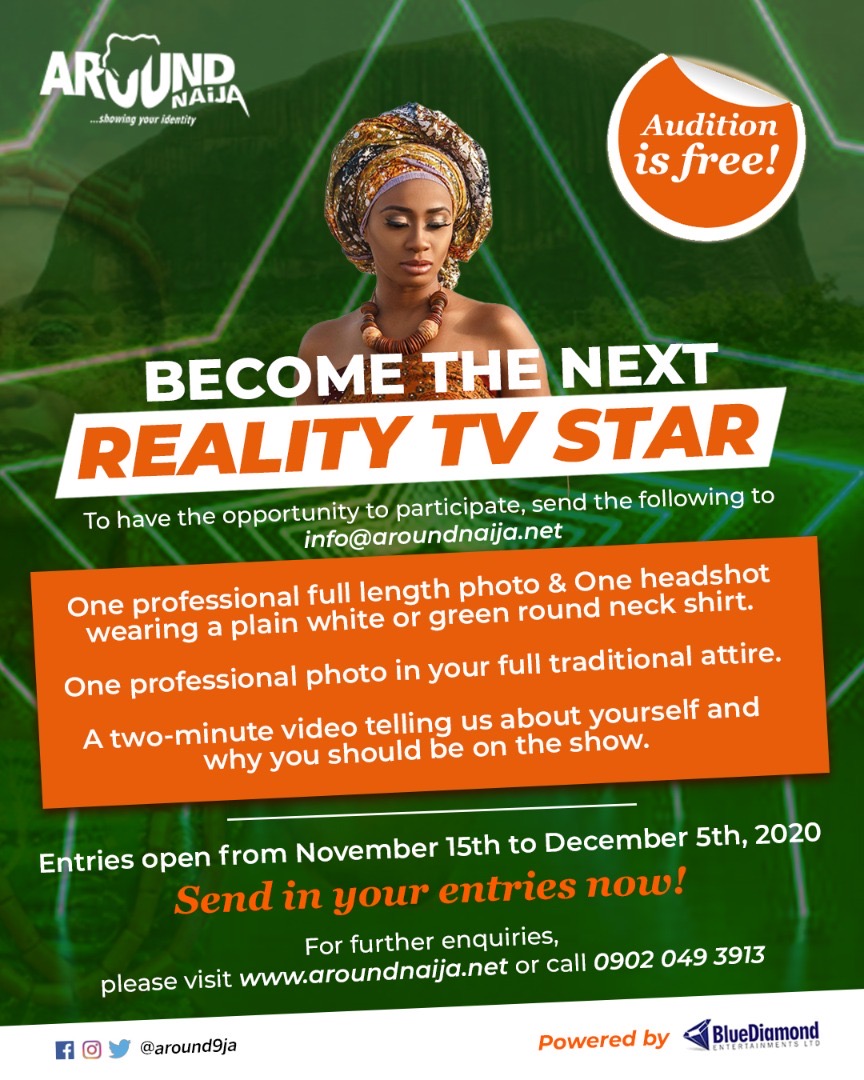 Blue Diamond Entertainment, organisers of the Around Naija Reality TV Show, has announced the restructuring of the show to align with the present–day realities while ensuring that its top-notch quality is intact.

According to the information released by the company, a fresh audition is to be conducted online across the country, in line with the ‘new normal’ of social and physical distancing as stipulated in the corona virus disease (COVID-19) protocols.

“The restructuring came as a result of several factors especially, the turbulent security situation across the country which, in 2018, had necessitated that the management stop and rethink the show. We came up with an alternative route, wherein, rather than going around the country, which was the original concept, the show will now take place in one location only,” Otunba Olumide Adekunbi, President, Blue Diamond Entertainment Ltd explained.

He further explained that the show will still have 37 participants from all the regions of the country, as originally designed, although the auditions will have to be done afresh. “This means that everyone who is interested in participating in the show, including those who were shortlisted in 2018 and are still interested, will have to send in fresh applications to be considered for the show.”

Adekunbi noted that “Around Naija is an original reality TV show, a complete shift from the norm of reality TV as known in Nigeria that is intended to entertain, revive and reinvigorate youth consciousness as well as rejig the social and cultural codes that have been deeply eroded on a national scale, while at same time, encouraging local and international tourism.”

The online audition guidelines, published on the company’s website and social media pages, stated the features and prizes to be won in the reality TV show to include the first prize of

Also, the guidelines stated that the online auditions for the Around Naija Reality TV Show, billed to start airing daily inthe first quarter of 2021, will start on 15 November, 2020 and end on 5 December, 2020.

The company called on interested applicants to go to www.aroundnaija.net for more information about the show.

BBNaija: Stop The Comparison Between The Housemates ...