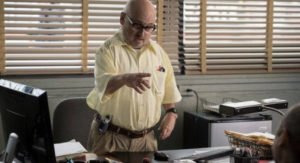 Actor Clark Middleton, who starred in Twin Peaks and The Blacklist, has died aged 63 after contracting West Nile Virus.

As well as hit TV shows including Law and Order, Middleton starred in films including Kill Bill: Vol 2, Sin City, Showpiercer and Birdman.

In a message posted from his Twitter account, Middleton’s wife Elissa wrote:  “Thank you for your love and support for My Mister. I cannot count the number of times he said: ‘Give the world your best and the best will come back to you.’ And he meant it! He is in the light, happy and free, and sends love.”

Middleton had lived with juvenile rheumatoid arthritis since he was four years old, once telling an interviewer how the disease had distorted his hands, snapped his hip and left him unable to move his neck. “But I never thought of myself as a victim, I always felt like a hero because I survived each bad time.”

He was forced to miss several years of school and so, to make up for lost experiences, left his Tucson home to sign up for acting classes in California. After relocating to New York in the early 1980s he worked in theatre, writing and starring in the one-man play Miracle Mile. 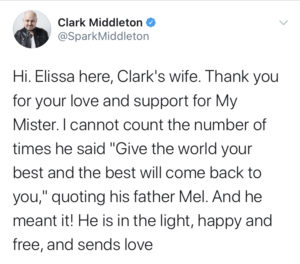