Big Brother Naija Star, Khafi Writes An Appreciation Post To All Her Supporters

Khafi Kareem, Big Brother Naija star has taken to her Instagram page to appreciate all those who stood by her and her family during “her recent worst times”, which was the death of her younger brother, Alexander Kareem who was shot and killed close to his home in London, an incidence which was described as “mistaken identity” by the London police. 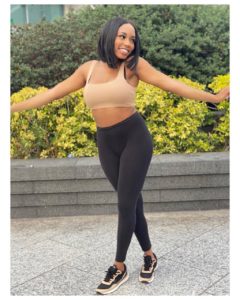 Khafi also disclosed that she is not 100% over her grief yet; stating that some days are worse than the others. She however said that she is right on the way to gaining total wholeness.