Some Celebrities and a lot of followers of the reality show, Big Brother Naija ‘Double Wahala’, have reacted to Cee-C’s emotional outbursts on Wednesday morning.

Tobi, Miracle and Alex were getting ready for the day’s task when Cee-C’s verbal abuse started spontaneously. She stomped around the house raining insults on her former romantic partner Tobi. 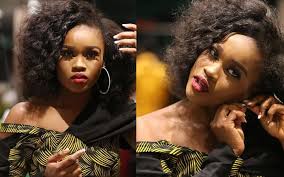 The two, who became the first couple of the Big Brother ‘Double Wahala’ season, are not on speaking terms as a result of a long and complicated feud.
A lot of viewers, are however not pleased with the way Cee-C insulted her fellow housemate, Tobi. Several reactions have trailed this on social media and we can only say Cee-C is trending for the wrong reasons.

Followers have also regarded BIggie has partial for giving Cee-C just a strike as warning for breaking one of the house rules which got Kbrule and Khloe evicted earlier in the show.

Some the followers and celebrities took to their twitter handles to express their disgust over the situation. Linda Ikeji, Toke Makinwa, Japheth Omojuwa, Kemi Adetiba and some others inclusive.

Although Cee-C gave an apology to Tobi after biggie replayed the video of what happened between them, giving her a strike, a lot of viewers believe she isn’t truly sorry and she deserves to be disqualified.

ADESUA ETOMI WELLINGTON : “WHERE IS CYNTHIA ...