Senator Ben Murray-Bruce has advised President Buhari to increase the minimum wage of Nigerian civil servants to help them cope with current economic realities, worsened by the recent subsidy removal and its attendant inflation in the prices of goods and services.

The senator representing Bayelsa East on the platform of Peoples Democratic Party, said this via his twitter handle, @benmurraybruce. 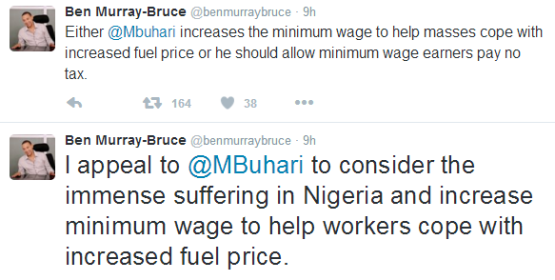 The move has been largely criticized by Nigerians, who are still grappling with the effects of the worsening economy on their living conditions.