At Least Two Killed As Police Disperse Protesters In Myanmar 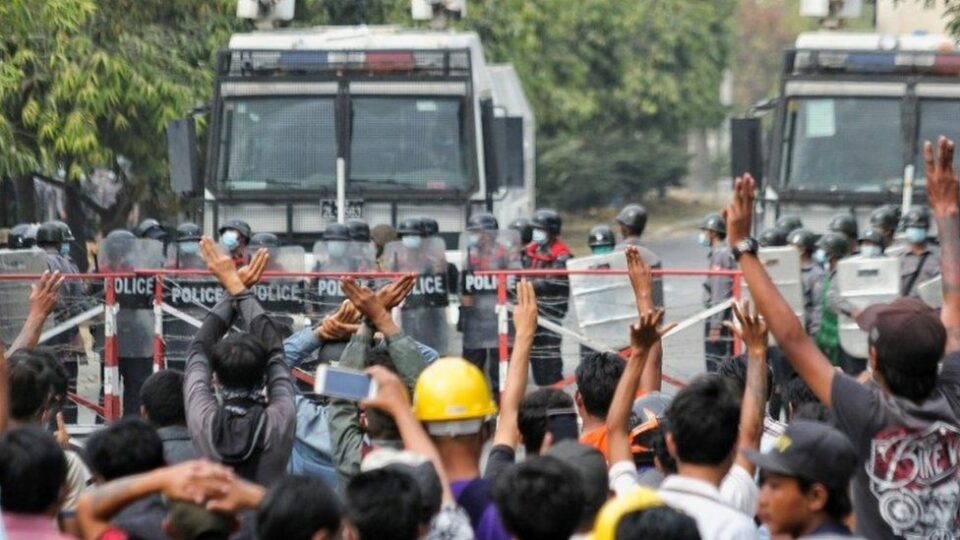 At least two anti-coup protesters in Myanmar have been shot dead by riot police, emergency workers have said, amid continuing demonstrations demanding an end to military rule and the release of Aung San Suu Kyi and others.

The deaths, in the country’s second-largest city Mandalay, mark the bloodiest day in more than two weeks of increasingly fraught protests as a civil disobedience movement grows.

One of the victims was shot in the head and died at the scene, according to Frontier Myanmar. The other, identified by relatives as Thet Naing Win, a 36-year-old carpenter, was shot in the chest and died en route to the hospital.

“I cannot bring him back home. Although my husband died, I still have my son,” his wife, Thidar Hnin, said. “I haven’t been involved in this movement yet but now I am going to … I am not scared now.”

Several other serious injuries were also reported. The shootings occurred near the Yadanabon dock, where teargas and rubber bullets were used on protesters earlier in the day.