Aramide speaks about her husband and new album, Suitcase

Beautiful and talented vocalist, Aramide is no doubt taking over the Nigerian music scene with her soulful kind of fusion. The award-winning artiste emerged the Best Female Artiste, West Africa at the All Africa Music Awards (AFRIMA) 2016.

On Sunday, November 13, 2016, Aramide unveiled the songs in her forthcoming album, Suitcase when she held an album listening party at Fuze Lounge, Victoria Island, Lagos.  The event was well attended by select friends, fans and media houses across the country.

The album contains 14 songs with collaborations from Ice Prince, Adekunle Gold, Sound Sultan and Sir Dauda.  Speaking with ENCOMIUM Weekly, the Political Science graduate of the University of Jos talked about her album, career and experiences so far in the industry, among other issues…

How do you feel unleashing your first album to the world?

I feel very good because we have been working on this for a long time, close to one year. Finally, we are done. It’s been a great experience working on the album. Now, the world can feel and listen to my album Suitcase.  I am so excited that people can finally listen to my album. The album has 14 tracks in all and a bonus track and I took time to make sure they all came out good. I worked with some of the best in the Industry and I am glad that I have opened the Suitcase for everyone. 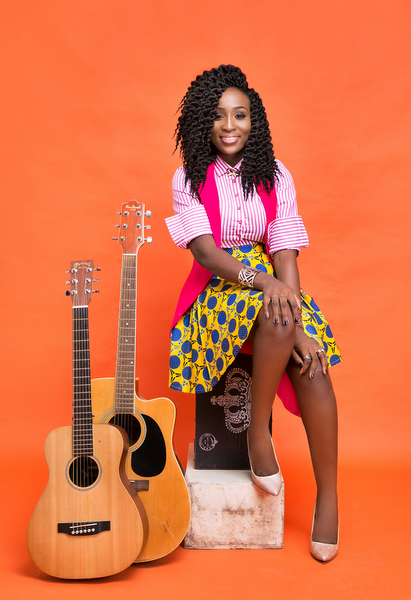 What inspired the title of the album, Suitcase?

The album is called Suitcase because when you are going on a journey, you put everything you need inside a suitcase. So, for me, it’s like a body and I am trying to unveil everything in my suitcase. Everything in my mind as a person, I am trying to unveil things that I have carried along on this Journey. Emotions, pain, joy, love, what goes on in the society. The suitcase is like a human body that expresses what I am feeling and what I have gone through as a person. So, the album has a lot of storytelling and I shared the kind of experiences that many people can relate to. I want people to be able to personify their experiences through the songs on the album. The Suitcase has a lot of songs that people can find in their situations.

How did you really find your path in music?

I grew up listening to Ray Charles, Kool and the Gang and many other great artistes. My father used to play these songs while I was growing up and I loved them. I felt I could do that too. So, bit-by-bit, I started putting my talent to use and honing my skills and here we are today. It has been about continuous hard work. I got to a point where i believed that it is either music. For me or nothing. I had to let my parents know that this is what I want to do. So, I left Jos down to Lagos where the hustle continued. There were times I felt like is it all worth it but then, if music is part of you, it becomes difficult for you to let it go. So, I continued till I met people who believe in me and the kind of music that I do.

What area did you draw inspiration for your type of music?

Like I said, I listen to Ray Charles and Kool and the Gang, I also listen to other genres of songs from great musicians of soul and jazz. I like Asa and India Arie too. I listen to Nigerian greats like King Sunny Ade, Ebenezer Obey. They all have one thing or the other to contribute to the kind of music that I play. For instance, I play the guitar, it’s one aspect of my music that I also cherish because not many musicians sing and play instruments at the same time.  But I have the capability to do that. So, I have a lot of respect for those kind of musicians who accompany their singing with Instruments. It makes you feel that you have a lot to offer more than just your voice, and people appreciate that. And for the genre of music that I play, it’s important that you are able to combine both. Playing the kind of music that I do requires you to work with instruments, and that in itself can inspire you.

With your kind of soulful music and the over saturated industry, how do you intend to remain relevant with your sound?

It’s basically about doing my best and trying to sound like myself. The originality will show my difference and make me relevant. We need diversity in the music industry such that people can have a wide range of music that they can choose from. So, I think it is even a good thing because I believe people have listened to a lot of hip and RnB. Now they know that they have other options. Before now, soul and jazz music lovers listened to foreign musicians but now they can listen to our music with the African feel.

Tell us your experience so far with Baseline Music?

It’s been great. Baseline has been like a family to me. So, we work with so much love. There is so much fun too.  We have been together for up to two years and they have been very supportive. Being with Baseline is one of the good decisions I made as regards my music career. Not many record labels will want to work with artistes who do the kind of music that I do because most musicians and record labels prefer maybe hip hop, RnB or even pop. So, it’s been very interesting because they are in tune with the strength and the relevance Afro soul and jazz music. .it has been nice working with them.

Your challenges and regrets so far in your career.

The challenges are enormous. Like it was quite challenging getting a record deal. But then, you meet people who believe in you and the sound of your music. Shout out to Eldee, he was the first person that believed in my sound and gave me a record deal. He kept on telling me to continue what I am doing that with time, the kind of music I do will be well accepted and today, I can say it has turned out that way. But these are part of the things that makes it interesting anyway because I look back today and I feel like it’s all worth it. Music is the path I chose so I really don’t think I have any regret.

You emerged the Best Female Artiste West Africa in the just concluded AFRIMA, did you see it coming?

I aspire for the best but I must say that I was surprised because I was in the same category with some of the best in the Industry. I respect each and every one of them. Being nominated with them in the same category is an honor to me. Then, you can imagine winning in such a category. I feel very blessed. I must say I did not see it coming but I had a very high expectation because it’s an award, and once you are nominated, you are looking forward to winning. So, for me, it’s a big one. 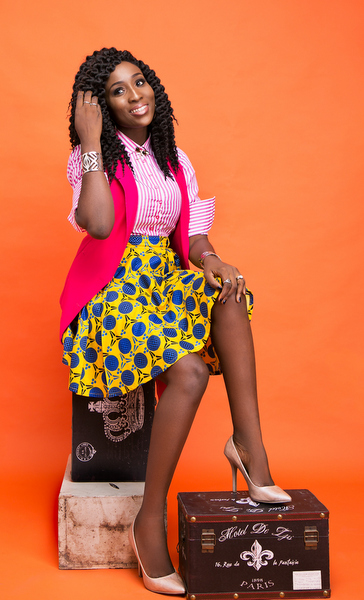 When you met your husband, what was the first thing that came to your mind?

I would say a lot went through my mind because as a young lady, one has heard about other people’s experience and you are trying to be careful not to fall in the same issue. So, it was not just about saying this is the person I want, but one has to be very sure. I must say that meeting my husband was a blessing to me. He has always supported my career and believes a lot in what I do.

You have not been involved in any scandal, what is the secret?

It’s been God honestly because even when you try to be careful, you never can tell sometimes, some things that will happen. In my album, there is a track entitled Bose which talks about people who gossip. Sometimes, people gossip about you just because they have bad intentions. It may not even be something you did. So, the trick has been to keep my circle small and my PR team at Zebra Stripes Networks is amazing. We spend hours talking about what to do and what not to do, what to say and what not to say.

How do you intend to juggle marriage with music?

I am doing that already. My husband has been supportive. So, it makes it easier for me. He understands that this is what I do and he knows that even before we got married. So, for me, it won’t be much of a task. I still do the normal stuffs that every wife does at home. Doing music does not change that.

As a beautiful lady with a sweet voice, how do you manage those male fans that show interest in you?

I have male fans and it’s actually a good thing. They come up with compliments, and I really appreciate them. As an artiste, there are some of the things that you should expect anyway because a lot of people are expected to like your song. One needs to be very careful before insinuating anything because there are male fans who just want to show admiration for your music and nothing more and probably just want to spend time with you to know more about the person behind the music that they listen to. There is always a line to how far they can go. So, you need to be able to see the difference between a male fan admiring you for your music and showing interest in you as a person.

A lot has happened to Aramide in 2016, how would you describe 2016 generally?

It’s been wonderful. God has been so good to me. I started the year on a winning note with The Headies. In between, a lot of other good things have happened. I have had more awards NEA and AFRIMA, dropped more singles and videos, released my Suitcase album. The year is coming to an end and now, I have had two nominations for the upcoming The Headies. So, my music career has been growing over time and I will attribute everything to God.

What more should fans expect from you this year?

We should be going on a tour and probably shoot a couple of more videos. Just keep your fingers crossed. The major thing for me is to promote the Suitcase album. It’s my first album and we expect it to do very well in the market. Now that I am done with releasing my first album, I want to get closer to my fans as much as I can. I have been very blessed to have people who have supported me and my fans are some of the greatest assets that I have. I cherish them a lot.