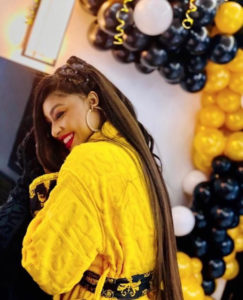 After the news of her engagement and wedding hit the internet, the popular actress, Angela Okorie has released a new single, titled ‘Baby Chuchu.’

Although the actress has not specifically stated this, there are speculations that her engagement and wedding pictures shared by the actress on her Instagram might be an attempt to promote her new music, ‘Baby Chuchu’, which is the same name she called her anonymous lover in her previous posts.

Stella Damascus Celebrates Her Husband On His ...