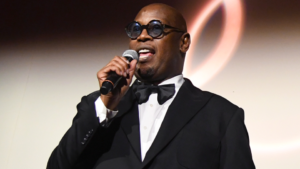 Andre Harrell, an innovative music executive who in the late 1980s founded Uptown Records, a crucial bridge between the worlds of hip-hop and R&B, and who gave the first career break to Sean Combs, who became one of hip-hop’s signature moguls and global ambassadors, died late Thursday night at his home in West Hollywood, Calif. He was 59.

His ex-wife, Wendy Credle, said that the cause was heart failure and that Mr. Harrell had had heart problems for some time.

In the early to mid-1980s, hip-hop was growing prodigiously, and Mr. Harrell was at the center of the genre as a rapper and an executive. But his vision for the music wasn’t always in line with his peers’ — he preferred a splash of sophistication and an approach that would speak to older and younger generations alike.

When he founded Uptown Records in 1986, he created a home for artists who melded hip-hop swagger with traditional R&B smoothness, who had sleek surfaces and hard edges. For almost a decade, it was one of the most musically important and financially successful record labels in the country, building the careers of Mary J. Blige, Jodeci, Al B. Sure!, Guy and many more.

Two Nigerian students have been arrested for ...