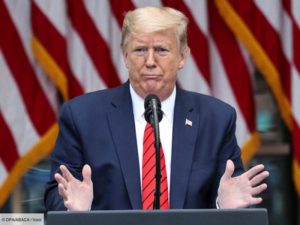 The United State of America has placed a travel ban on Brazil, including all travellers (foreign nationals) who have been to the country in the last 14 days.

The South American country has emerged as the second largest epicentre after US, it confirmed cases and deaths has gone up the roof in a short period of time. The country has recorded over 360, 000 cases, 22,000 deaths and 149,911 recoveries.

According to a white house spokesperson, the travel ban is to help prevent importation of the virus into the U.S.

“Today’s action will help ensure foreign nationals who have been in Brazil do not become a source of additional infections in our country,”

However, the travel ban does not affect trade between the two countries as it is expected to continue regardless the situstion at hand.