Reports indicate that an alleged homosexual man was caught and beaten to death in Ondo state sometime in February.

Identified as Akinnifesi Olumide Olubunmi, he was reportedly attacked in a spate of jungle justice by youth in Ondo west.
It is unclear how the appropriate authorities were not alerted to the incident. 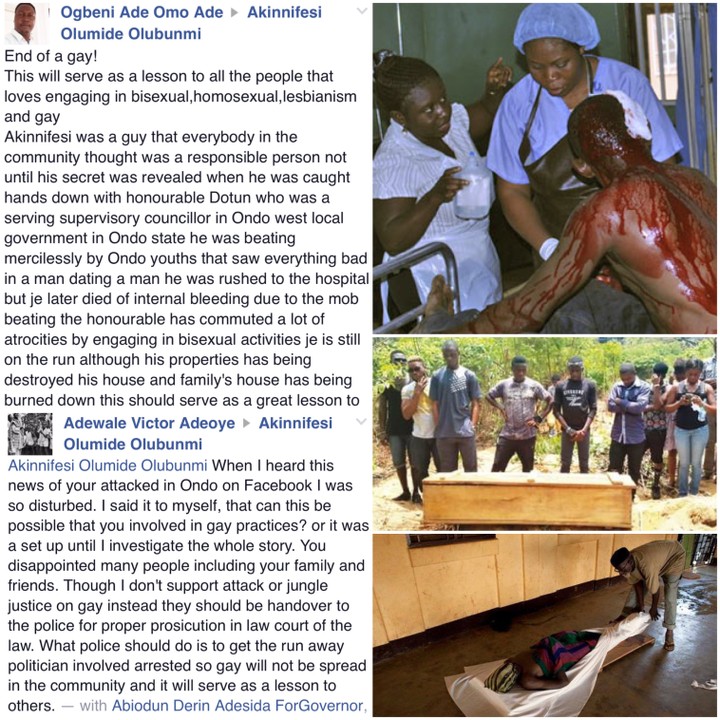