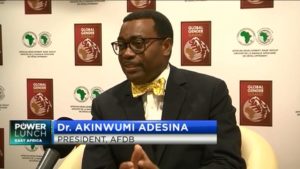 The President of the African Development Bank has been accused by unidentified whistleblowers to have appointed his relatives to strategic positions and also to have given important projects to acquaintances. These allegations have created doubts in the mind of the United States President, President Donald Trump as he stated that there is a need for an independent probe into the office of the President of the African Development Bank.

It is the hope of the United States of America that this probe will determine the integrity of the Akinwumi Adeshina, the AFDB President. In the face of these allegations, African countries such as South Africa and the Federal Republic of Nigeria has commended the efforts of the AFDB President as he is helping to bring out ways of relieving the financial stress of African countries in this pandemic season. However, Akinwumi Adeshina still maintains his innocence.

ABUSE OF FUNDAMENTAL RIGHTS IN RELATION TO ...

SENATOR ADELEKE DISCHARGED OF THE CHARGES AGAINST ...