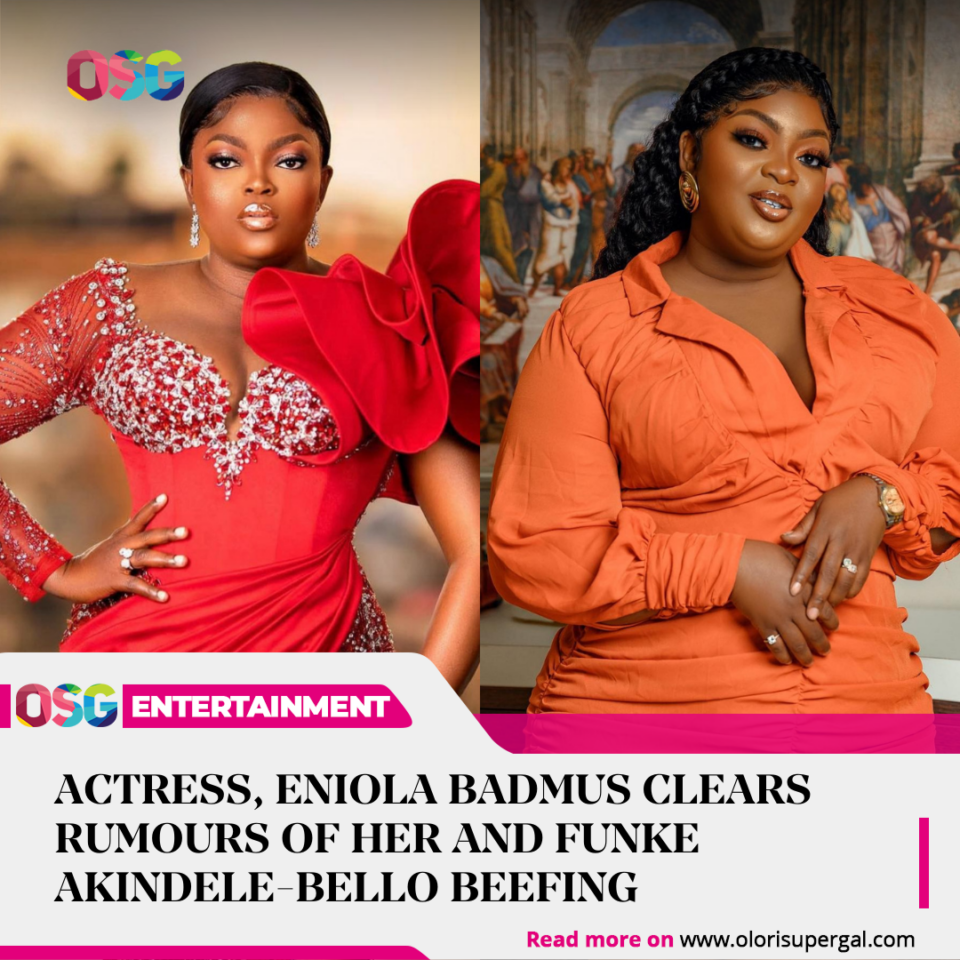 Nollywood actress, Eniola Badmus, has clarified that there is no bad blood between herself and colleague, Funke Akindele-Bello.

Badmus took to her Instagram page on Friday to express her displeasure with fans “insinuating” that the duo were not on good terms.

“Guys, I’m sick and tired of y’all insinuating Funkejenifa Akindele and I are fighting for no singular reason. In case y’all don’t know, this woman right here is my ride till the end. I love her from the bottom of my heart and what we share is beyond friendship.”

The actress also revealed that while they do not make joint posts about their friendship on social media, they keep in touch “almost every other day” and were working together on a “bigger picture”

“We talk every day, we see each other almost every other day. The fact that we don’t post our moments lately doesn’t mean we are fighting!!! We are only saving it for a bigger picture and we need to keep y’all in suspense.

“Lafunky is my blood and flesh, y’all should please stop insinuating! We are good and forever good. Maybe not necessary, but just need to put this out here for clarity! That’s my home girl here!.”

Badmus and Akindele both gave a stellar performance in the Nollywood classic, Jenifa, released in 2008. The duo have since then appeared together in other projects such as Omo Ghetto as well as Jenifa’s sequel, Return of Jenifa.