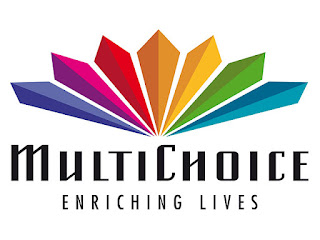 The Federal High Court, Lagos, presided over by Honourable Justice M. Idris on Monday, October 8, 2012, dismissed the preliminary objection filed by Multichoice Nigeria Limited against the N5.2 Billion counter-claim brought against it by the Musical Copyright Society Nigeria (MCSN) for the illegal use of its works from 2006 till date. The stage is thus set for trial on November 1, 2012.
ADVERTISEMENT
Multichoice had earlier filed a writ of summons in Suit No. FHC/L/CS/1091/11 against MCSN, praying the court to grant a perpetual injunction stopping MCSN from asking or demanding from Multichoice to obtain copyright licence for the broadcast and communication to the public of musical works on the radio and television channels operated and distributed by Multichoice within Nigeria because MCSN was not licensed or approved by the Nigerian Copyright Commission as a collecting society.  MCSN had then filed a counterclaim of N5.2 billion for the infringement of its copyright by Multichoice Nigeria from 2006 till date.
Multichoice in its objection to MCSN’s counterclaim had relied on the Court of Appeal judgment in the case of Compact Discs Technologies Limited vs. MCSN delivered in March 2010, urging the court on that basis to dismiss the claim of MCSN.  MCSN in its defence argued by Mr. Norrison I. Quakers, a Senior Advocate of Nigeria (SAN), who led Mr. Olumide Ekisola, contended that the Compact Disc judgment was not applicable to the
Multichoice case due to the fact that the judgment was given per incuriam, that is, all necessary provisions of the Copyright Act and issues of laws were not considered.  He argued further that the 1999 Constitution of the Federal Republic of Nigeria and several authorities of the Court of Appeal and the Supreme Court are clear that interests already acquired by and vested in an individual cannot be divested retroactively or retrospectively by any law, as MCSN has acquired most of its copyright, which are the subject matter in the case before the enactment of the Copyright Act 2004 and the establishment of the Nigerian Copyright Commission.  MCSN further contended that Section 52 and Section 3 of the Fifth Schedule of the Copyright Act 2004 duly recognize and save the rights of MCSN which it has acquired under several contracts.
ADVERTISEMENT
In its ruling, the Court agreed that the Compact Disc judgment is not applicable to the suit and the preliminary objection of Multichoice subsequently dismissed and the trial of the suit fixed for November 1st, 2012.
It will be recalled that the Nigerian Copyright Commission (NCC) had equally relied heavily on the Compact Discs judgment to incite many infringers of copyright in MCSN’s repertoire not to respect MCSN’s right because it (NCC) has not approved MCSN as a collecting society and thereby encouraging them to pay copyright royalties to COSON, which is not the owner of the

copyright.  MCSN had on July 1, 2011 secured another Court of Appeal judgment in Appeal No. CA/L/494/09 between Visafone Limited vs. MCSN in which the Court of Appeal discountenanced the Compact Disc judgment and struck out Visafone’s preliminary objection to MCSN’s suit.  Following in the heels of the latest Court of Appeal judgment in the Visafone case, MCSN secured a judgment on July 25, 2011 at the Federal High Court in which the court declared the powers and actions of the NCC against MCSN with respect to its non-approval as a collecting society under Section 39 of the Copyright Act 2004 unconstitutional, null and void with a N40 Million damages awarded against NCC to MCSN.

A Circle in a Triangle!!! Up Coming Actress Cries out.. Dino Melaye Gave me Syphilis