Forbes Names Mo Abudu 98 Most Powerful Woman In The World 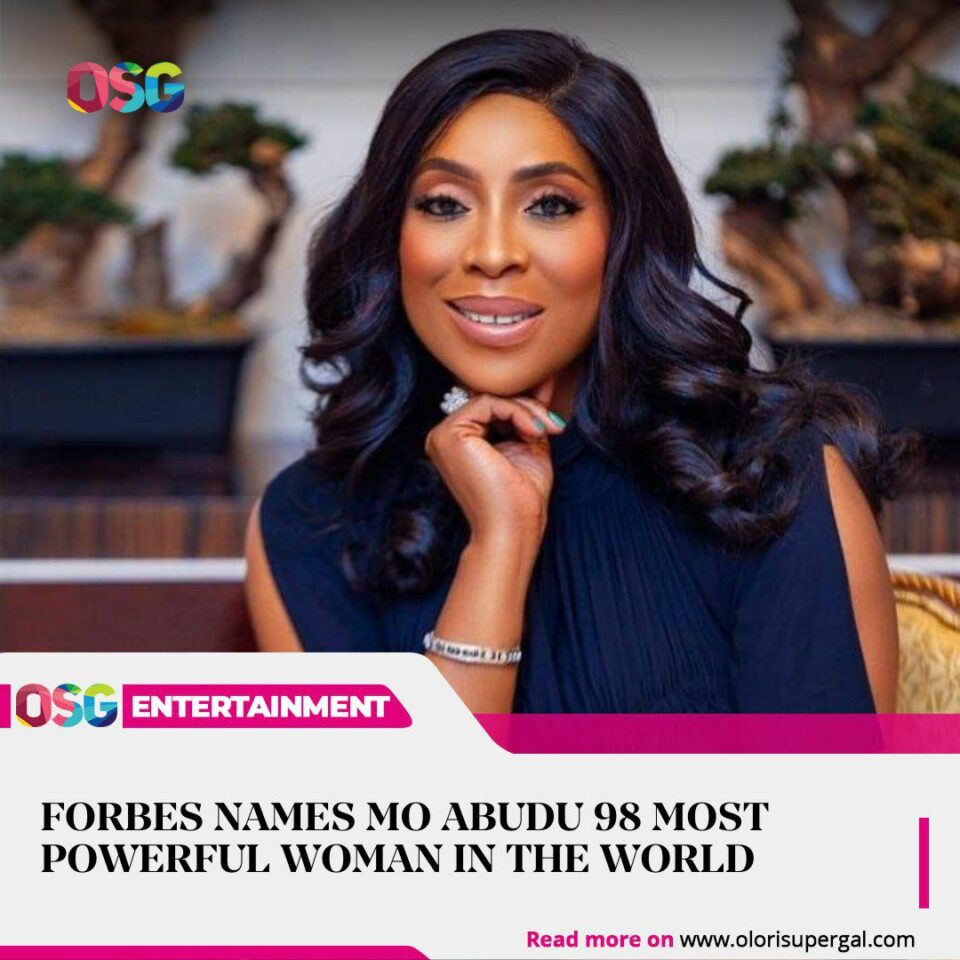 Nigerian media mogul, Mosunmola Abudu, better known as Mo Abudu has been named the 98th most powerful woman in the world by Forbes.

Abudu who is the founder of EbonyLife Group was named among other 100 very influential and powerful women in the world by the financial magazine.

According to Forbes, she was recognised for her outstanding contribution in the media and entertainment sectors.

Her partnership deals with Sony Pictures Television, AMC Networks, and Netflix were some of the reasons she made this year’s list.

The deal with Netflix marked the first time an African media company signed a multi-title film and TV agreement with the streaming giant.

The other Nigerian who made the list is the former minister of finance and current Director-General of the World Trade Organization, Ngozi Okonjo-Iweala.

“I woke up yesterday to the incredible news that I have been included on the annual list of THE FORBES 100 MOST POWERFUL WOMEN IN THE WORLD at no. 98.

“Forbes released its 18th annual list on the 7th of December, 2021 – reported by Nicolette Jones and Erika Burho. Edited by Moira Forbes and Maggie McGrath.

“I’m humbled and deeply grateful to be amongst some of the world’s most amazing women, including MacKenzie Scott (no. 1), a novelist, philanthropist and the third-wealthiest woman in the USA, and Christine Lagarde (no. 3), President of the European Central Bank.

“Women of colour on the list include US Vice-President Kamala Harris (no. 2,) and Oprah Winfrey, making her umpteenth appearance on this list.

“There are only three African women on the list: Ngozi Okonjo-Iweala, Director-General of the WTO (no. 91), Samia Suluhu Hassan, the current President of Tanzania (no. 94).

“A dear friend said to me today when she heard about this news “imagine if your child self could have known where you were heading.

“Again, I didn’t see it coming. Just thanking God for these global opportunities and doing our very best to keep growing The EBONYLIFE brand around the world and creating first class opportunities and value for every single stakeholder we partner with and work with.

“My wish is that there will be many more of my deserving African sisters on this list in the years to come.

Pastor Leke Adeboye Writes On The Atrocities In The North