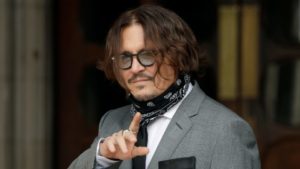 Hollywood actor Johnny Depp has lost his high-stakes libel action in the London courts against the Sun after the newspaper described him as a “wife beater”.

The high court dismissed the claim by the Pirates of the Caribbean star for compensation at the end of one of the most widely followed libel trials of the century. His lawyers said he would most likely appeal against the “perverse and bewildering decision”.

He took legal action against News Group Newspapers, which publishes The Sun, and its executive editor, Dan Wootton, who wrote an article in 2018 saying Depp had been violent toward his ex-wife, actress Amber Heard, on at least 14 occasions.

Both Depp and Heard, 34, gave evidence during a three-week hearing at London’s High Court in July, a high-stakes case that drew worldwide attention as it laid bare the details of their private lives.

Depp’s legal team said he was “entitled to very substantial damages” because of the harm to his reputation caused by the allegations, which he denied and labeled as a “hoax.”

But on Monday, Justice Andrew Nicol said that News Group Newspapers and Wootton “have shown that what they published … was substantially true.”