Identical Twins Separated From Birth Finally Find Each Other

A pair of identical twins; Sharon and Melon, in Kenya have their story going viral as the separated ladies have been reunited through a DNA test after 19 years.

The backstory to their reunion began when Sharon came across Melon’s profile on Facebook, which was just placed among the pictures of ‘people you may know’ suggestion. Sharon noticed that the profile picture resembled her and they got into a conversation, which ended badly as the girls stopped talking to each other, having accused each other of impersonation. A while later, Sharon participated in a high school music festival where Melon’s school had also participated. The duo finally met in December, shortly after this encounter as Melon’s classmate took a photo of Melon which they later showed to Sharon. 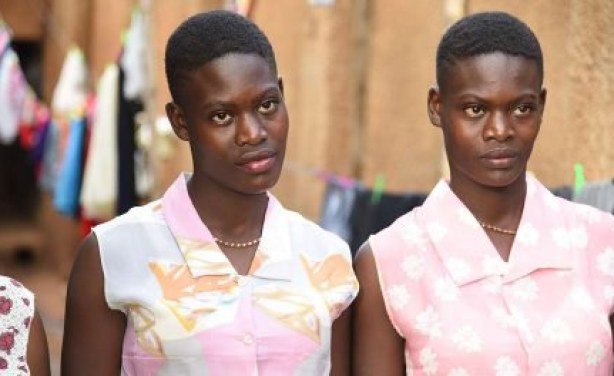 In April, having met the two families, they decided to resolve the mystery by carrying out a DNA test where it was revealed that they shared identical DNA profiles, confirming them as biological twins. Their mother was said to have gone to Kakamega hospital in Kenya, expecting to give birth to triplet, but was later handed a set of twins. Her doubts began when she noticed that her daughters; Melon and Melvin were not identical. Meanwhile, Sharon’s supposed mother; Ms Omina confirmed that she gave birth on August 14, 1999, a day before Ms Onyango(the real mother of the twins) had hr delivery.

This points to the fact that the babies were most likely exchanged at the hospital.

What Keeps Me Up At Night Has To Do With Extreme Poverty-V.P Yemi Osinbajo