The president of the United States of America; Donald Trump has embarked on a three-day visit to the United Kingdom. This visit is said to be an attempt to foster peace and friendship between the two countries. 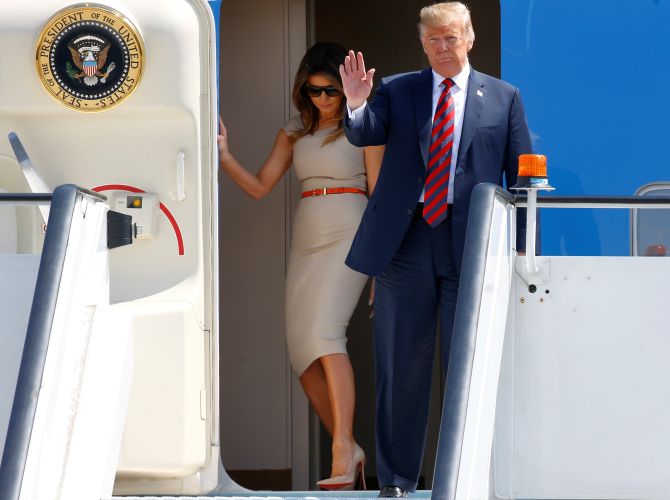 The president, in the company of his wife; Melania Trump would be hosted by the queen at the state banquet at Buckingham Palace, later in the day. In the course of the three-day visit, the president would also hold talks with Theresa May and attend a D-Day commemoration.