Marvel’s superhero movie, Avengers infinity war is expected to cross the $1 billion mark in the global box office in a record-setting 11 days since its release. 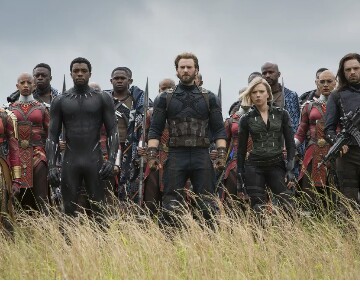 This benchmark is the latest record set by the ensemble film, which began its run with a $250 million opening weekend that beat Star Wars: The Force Awakens’ previous record of $248 million. And the tickets just kept selling, crossing the $800 million mark on Wednesday.
The movie brings together the stars of nearly every Marvel movie released over the past 10 years, including Robert Downey Jr.’s Iron Man, Chris Evans’ Captain America, Chris Pratt’s Star-Lord, Scarlett Johansson’s Black Widow and many others against mad titan Thanos (Josh Brolin).

Disney also announced that movies made by The Walt Disney Studios — which in addition to Infinity War include Black Panther — have made $3 billion in the global box office for the current calendar year as of Friday. That surpasses Disney’s previous 2016 record of hitting the milestone by May 6.