The Wedding Party 2 – WHO IS PATIENCE OZOKWOR?

Now that it’s written, I see how misleading that might be. Of course, I know Patience Ozokwor. She was only the evil stepmother in every other Nollywood movie of the late 90’s to 2000’s. Besides her on-screen prowess, she’s also a lovely human being. Still, the question remains ‘What role does the veteran actress play in the highly anticipated The Wedding Party 2: Destination Dubai?’ 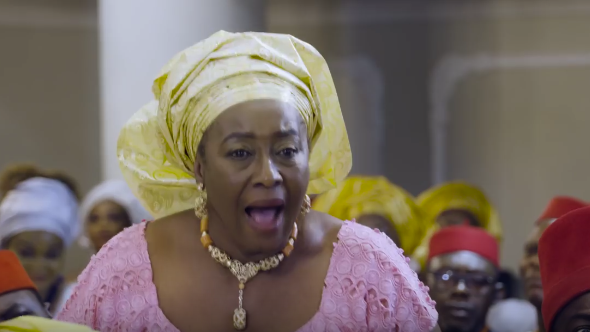 The trailer saw a wide reprisal of roles with a few new faces; Patience Ozokwor’s being one of the latter. She’s back to her old antics kicking against the marriage between Enyinna Nwigwe and Daniella Down’s characters. Could she be an aunt or just one of those ‘people from the village’? We all have that one person we call ‘aunty’ but are in no way related to us.

If you’re reading this, it is too late to get an invite – the event is already sold out. For those who got their hands on invites, get your Arabian outfit ready, you just might be one of two lucky winners of an all-expense paid trip to Dubai sponsored by Dubai Tourism. Winners will be chosen from the audience and announced during the grand world premiere on Sunday December 10 at Eko Hotel and Suites.

HNWOTY 2017 to Hold Next Week; Reveals Hosts, Performers and more.