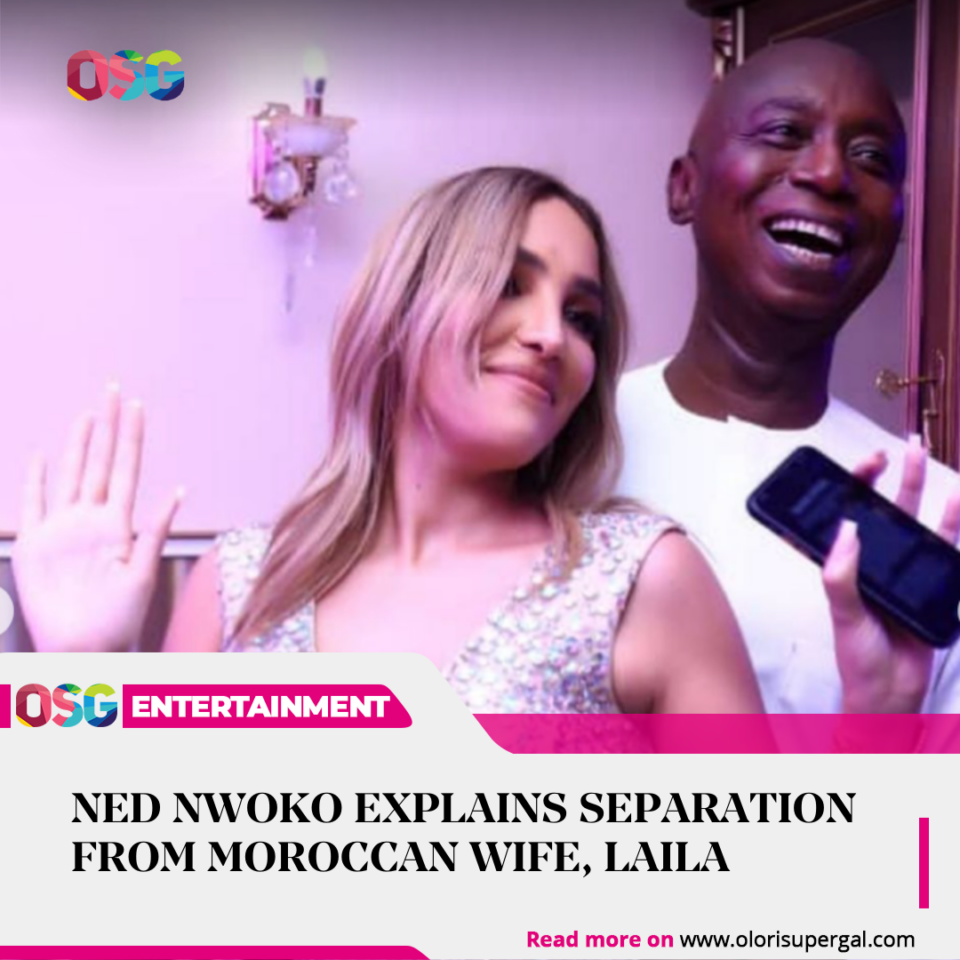 Billionaire Businessman and Former member of the House of Representatives, Ned Nwoko, has opened up about his separation from his Moroccan wife, Laila.

In a statement Nwoko’s media team posted on his Instagram page, he dispelled rumours that his separation was linked to the use of a local aphrodisiac called ‘Kayamata’, sold by Hauwa Mohammed, popularly known as Jaruma.

Recall that in October, Laila publicly revealed that she was divorced from the politician. As a result, some fans had accused Nwoko’s actress wife, Regina Daniels of using ‘kayamata’ to end her husband’s marriage to the Moroccan model.

This led to a trade of words between Regina Daniels and Jaruma last month.

However, the recent statement from Nwoko’s team revealed that his marriage with Laila “degenerated to irreconcilable differences rooted in indecent conduct on the part of Laila which started whilst she was on holiday in London.”

The statement partly read, “The attention of Prince Ned Nwoko’s Media directorate has been drawn to a publication trending especially in the social media linking his separation with his Moroccan born wife, Laila Nwoko, to the influence of a local aphrodisiac called “Kayamata”, vended by one Hauwa Saidu Mohammed, commonly known as Jaruma.”

It added, “We note with a sense of responsibility that prince Ned Nwoko has nothing whatsoever to do with Jaruma products in relation to his cordial relationship with his actress wife, Regina Daniels.”

Nwoko’s team further maintained that the family had no connection with Jaruma or her products.

The statement emphasised, “Ned Nwoko Media Directorate wishes to reiterate that himself and the entire family has no connection with Jaruma products contrary to false narratives even as he bears no blame on the widely reported divorce issue with Laila”.