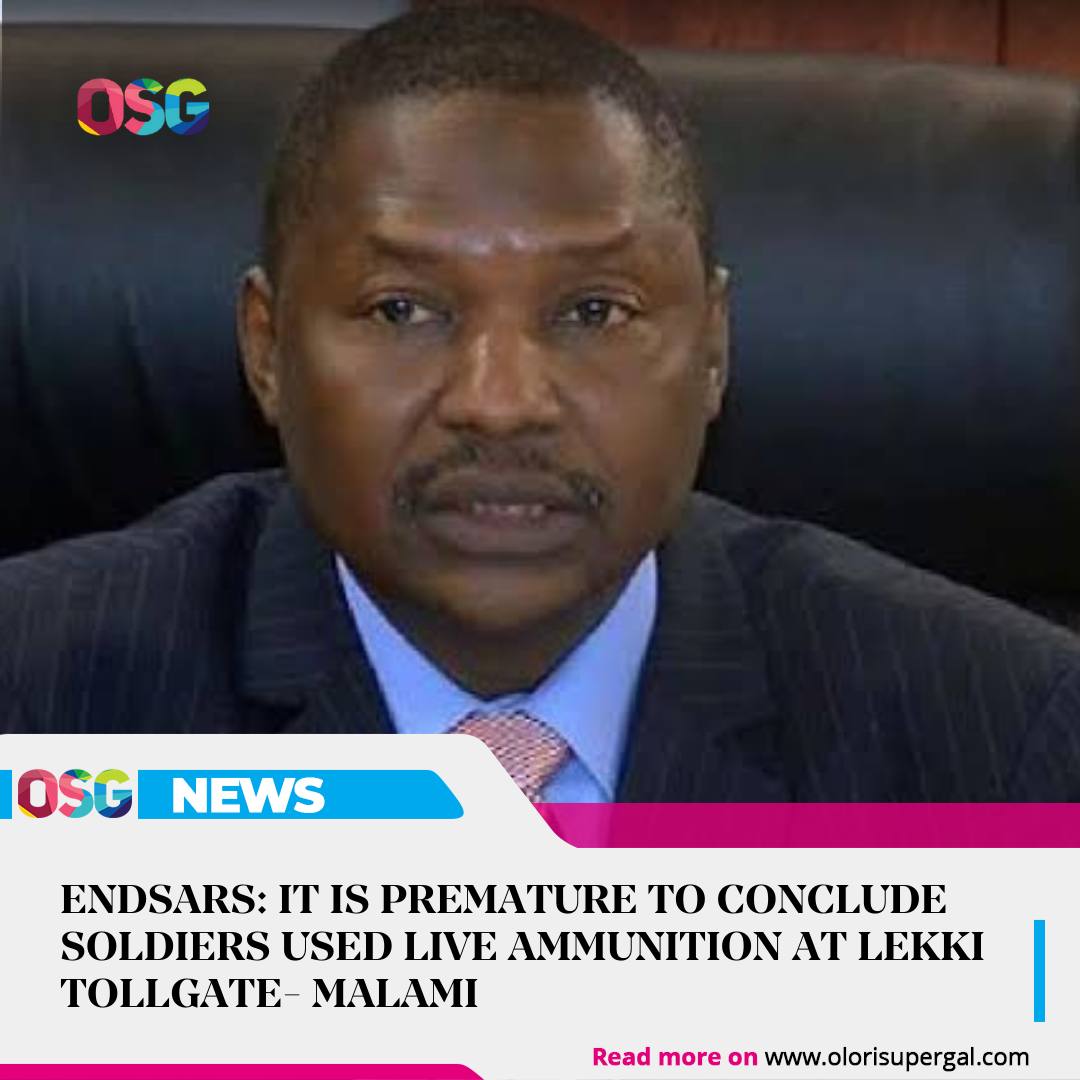 The Attorney General of the Federation and Minister of Justice, Abubakar Malami (SAN), has said it is premature for anyone to conclude that the men of the Nigerian Army used live ammunition on harmless protesters at the Lekki toll gate on 20th October 2020.

Recall that the Lagos State Judicial Panel of Inquiry on Restitution for Victims of SARS Related Abuses and Other Matters which probed the EndSARS protests in the state last year on 15th November 2021, submitted its findings to the state government, noting that nine protesters died by gunshot wounds when soldiers stormed Lekki toll gate on 20th October 2020.

The Justice Doris Okuwobi-led panel stated, “The atrocious maiming and killing of unarmed, helpless and unresisting protesters while sitting on the floor and waving their Nigerian flags and while singing the National Anthem can be equated to a ‘massacre’ in context.”

However, the Lagos State Government, in its White Paper on the panel’s report, on Tuesday, 30th December rejected the casualty figure, saying only one person died.

Ballistic experts had also said in their testimonies before the panel during the one-year sitting that live bullets were fired at the protesters but Malami said on Wednesday that it is premature for anyone to make such a conclusion.

Asked by the presenter of the programme on Wednesday whether it was right for the military to fire live ammunition at peaceful protesters, Malami said, “You are jumping to a conclusion that live ammunition were indeed used during the EndSARS protest. Whether the report says so or it doesn’t say so, as far as I am concerned, I am not in a position to ascertain that.

“Within the context of the White Paper, we have criminal investigation that must follow for the purpose of criminal prosecution where the need arises.

“The report in its own right cannot be conclusive in making a position; there are still layers of administrative and judicial processes that would follow before you can jump, establishing conclusion, criminal or otherwise.

“So, I think as far as the report stands in its own right, it is not conclusive for the provision of what truly transpired…Indeed, it is very premature to jump to a conclusion that live ammunition were used. I am not in a position to accept that. It is premature for me as the chief law officer to share in the conclusion in that direction.”

Asked whether the government should have sent the military to disperse the young demonstrators at the toll gate, the AGF said, “The major function of the Federal Government is indeed the protection of lives and provision of security. The bottom line is whether what has been done by the government is within the internationally tolerable limit.

He added that “You cannot rule out any possibility inclusive of bringing security apparatus once there exists a threat to national integrity or territorial integrity of the nation or perhaps there are certain security challenges on the ground”.