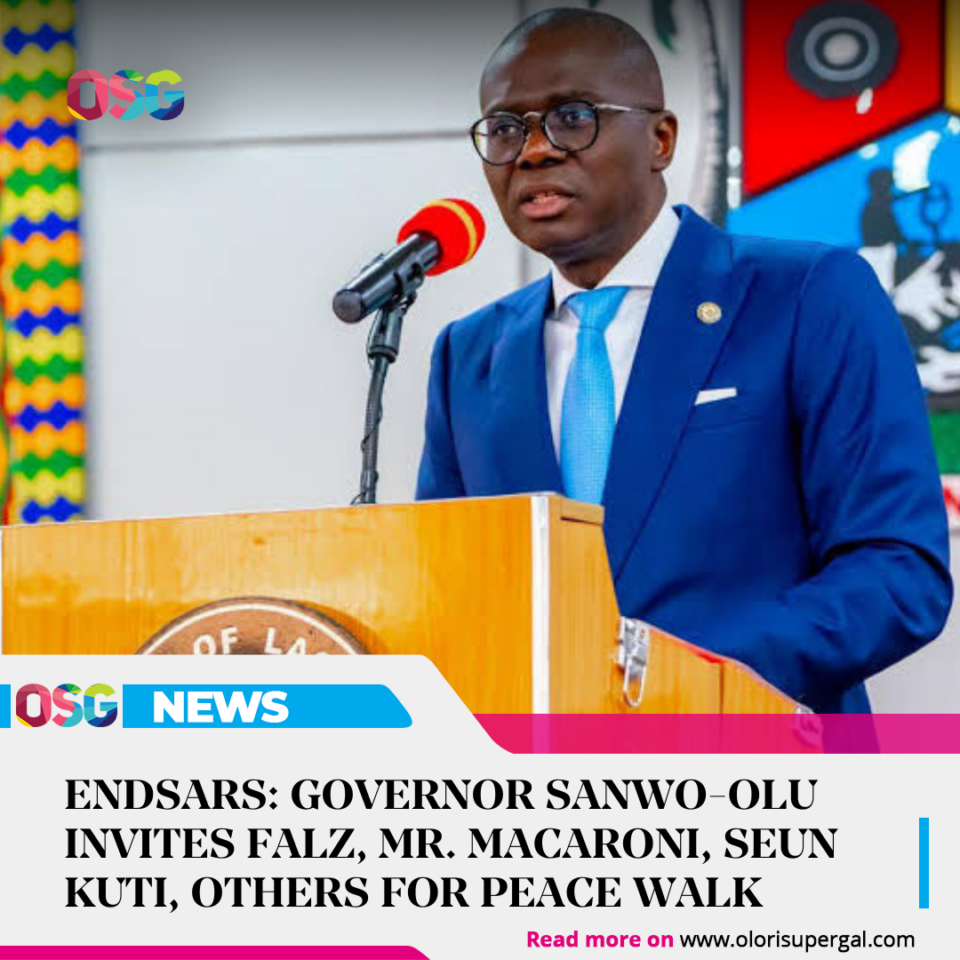 The Lagos State Governor, Babajide Sanwo-Olu has invited some of the people at the forefront of the EndSARS protest in the state in October 2020 to a peace walk for “the healing of Lagos”.

The governor in a speech on Tuesday, 30th November 2021, on the Lekki shootings of October 20, 2020, said, “In December, I will be leading A WALK FOR PEACE to herald the healing of our land. Let me use this occasion to extend an open invitation to our youths, members of the diplomatic corps, civil society groups, students, and the media as well as other stakeholders to join me.

He also said his government will release its White Paper on the report submitted by the EndSARS Judicial Panel of Inquiry on 15th November 2021.

He said, “As an administration, are determined that the next steps that will be taken in this process of coming to terms with the events of October 2020, must bring closure to a painful episode in the history of our state, with the release of the White Paper later today.”