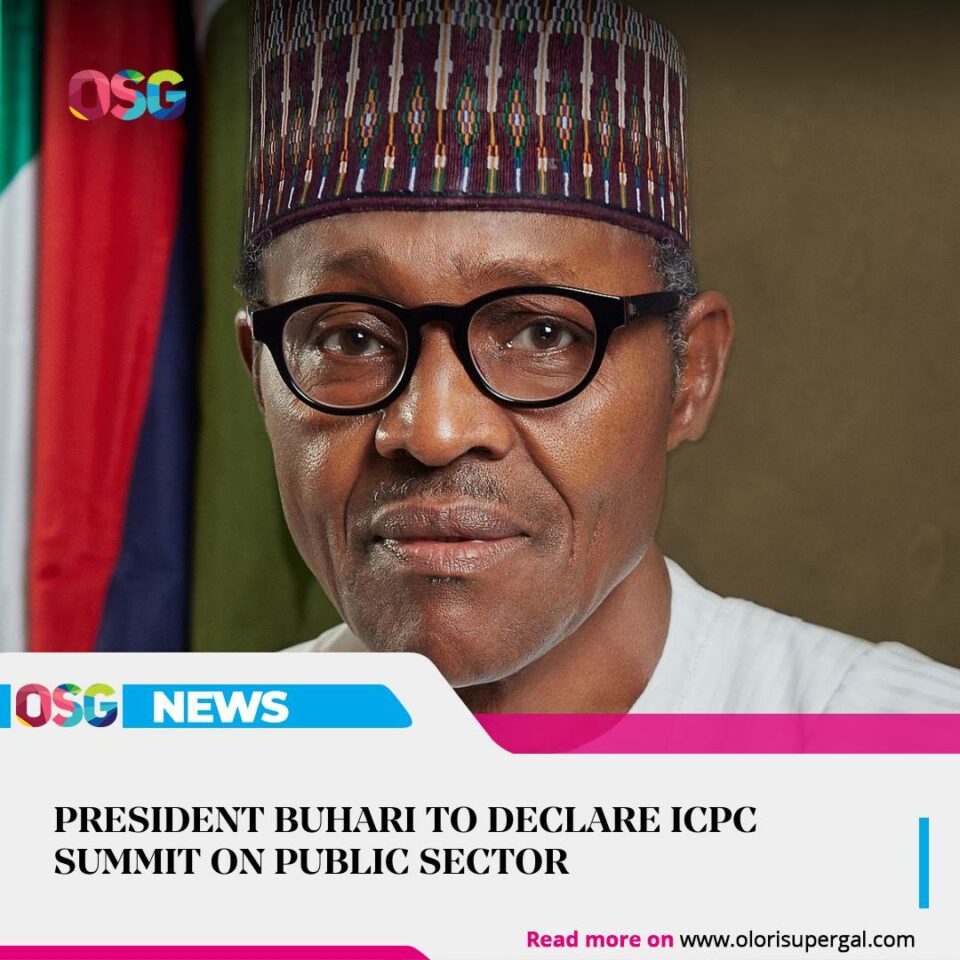 President Muhammadu Buhari will on 30th November declare open the third National Summit on ‘Diminishing Corruption in the Public Sector,’ being organized by the Independent Corrupt Practices and Other Related Offences Commission in collaboration with the Office of the Secretary to the Government of the Federation.

The programme will also be streamed live on Facebook @ICPCNIGERIA.

A statement on Sunday by the ICPC spokesperson, Azuka Ogugua, titled, ‘President Buhari to open ICPC’s National Summit on Diminishing Corruption in Public Sector,’ said the President would also recognise and confer on two public servants the ‘2021 Public Service Integrity Award’ for distinguishing themselves with exceptional acts of integrity, while a private citizen would also be recognized as the ‘Citizen’s Anti-Corruption Volunteer Group Icon.’

It stated, “High profile personalities expected to give goodwill address at the event focusing on diminishing corruption in the public sector are the President of the Senate, Ahmad Lawan; Chief Justice of Nigeria, Justice Ibrahim Muhammad; and the Secretary to the Government of the Federation, Boss Mustapha.

The Minister of Finance, Budget, and National Planning, Dr (Mrs) Zainab Ahmed, will deliver the keynote address on the theme: ‘Corruption and Cost of Governance; New Imperatives for Fiscal Transparency’.

Other discussants in the technical session are the Director-General of the Nigeria Governors Forum, Mr. Asisa/77-7hana Okauru; Country Director of Action Aid, Dr. Ene Obi, and Mr. Hafiz Mohammed of the ICPC.

Meanwhile, the ICPC Chairman, Prof Bolaji Owasanoye, SAN, was bestowed with the 2021 Presidential Award of Excellence of the Nigerian Institute of Quantity Surveyors.

The award was presented to him at the Institute’s Investiture and Awards Night held on Friday at the Abuja International Conference Centre.