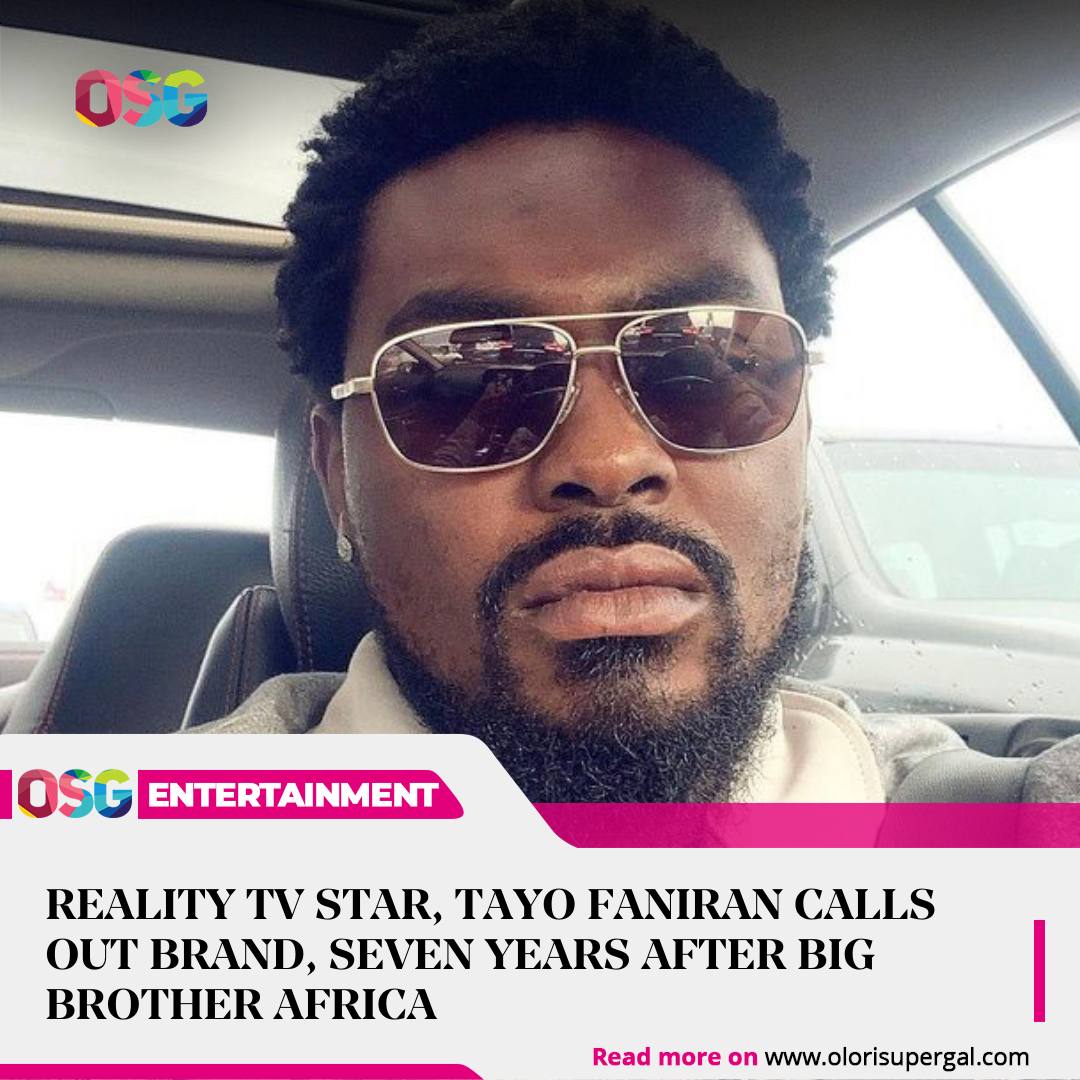 Tayo Faniran, the 13 contestants that represented Nigeria at Big Brother Africa season 9 themed Hotshots took to social media to call out a brand.

In a post on his Instagram page, the 32 years old model alleged that a certain brand did not fulfill any of the Ambassadorial deals they promised him during the reality show after seven years.

The season was meant to run for 91 days, but the house that was set up for the housemates burnt down and was unusable for the duration of the competition.

However, the production team revamped another house to make the housemates live there