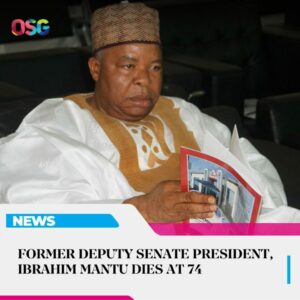 A former Deputy President of the Senate and Plateau Central Senator Ibrahim Nasiru Mantu has passed away at the age of 74.

According to reports, he died late on Monday night, 16th August at a hospital in Abuja.

Mantu hails from Gindiri District in Mangu Local Government Area of Plateau State. He served as Deputy Senate President between 2003- 2007, under the People’s Democratic Party (PDP).

May his soul rest in peace, Amen.